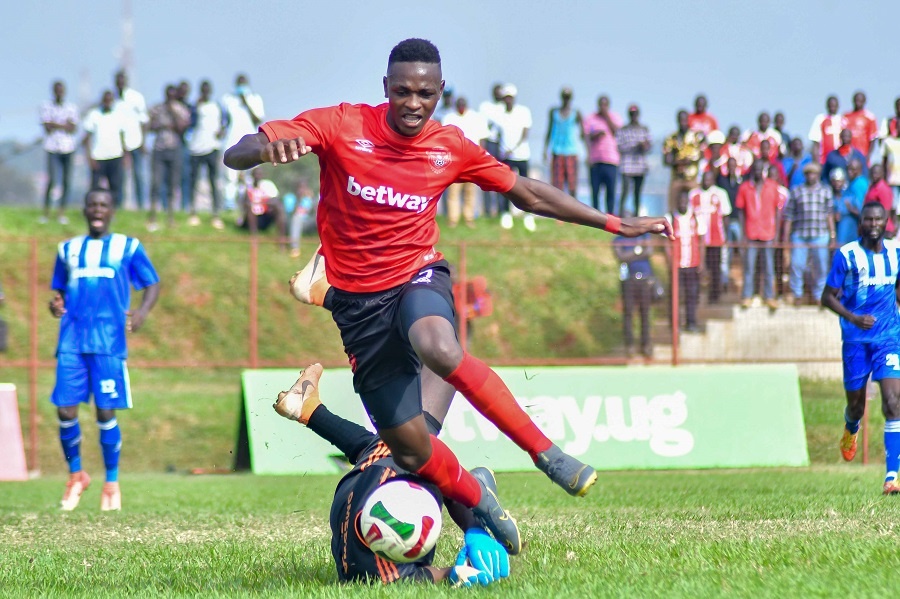 Express FC head coach Wasswa Bbosa says that his team has been ‘dreaming about returning to the continent’, and that they will fight and make their return worthwhile.

Bbosa and Express will play their first game in a continental club competition when they host Sudan’s Al Merriekh in the first round CAF Champions League qualifier at the St. Mary’s Stadium in Kitende.

The Red Eagles last competed in a continental club competition over 10 years ago when they were knocked out at the first round qualifying round by DR Congo’s AS Vita on penalties in 2008.

The club passed on the chance to play in the Champions League in the 2012/13 season after winning the 2012 Uganda Premier League title as financial struggles engulfed the club and took them to near relegation in 2018.

But under Bbosa, Express rose again to win their seventh league title in 2021 and earn a direct ticket into Africa’s premier club competition.

“This is a big game for all of us as a club,” Bbosa said in his pre-match press conference, adding; “Every express FC fan has been dreaming about returning to the continent, and here we are.”

“We have been preparing ever since we returned from the Kagame Cup, and I can assure you that we are ready for Al Merriekh.”

“We know they are an experienced side on the continent, but we shall give it our all and try to kill the game from here,” Bbosa continued.

They did not make it past the preliminary qualifying round, falling to Tanzania’s Yanga Africans.

Bbosa and Co. will draw inspiration from their performance in 1995 – under the African Cup of Champions Clubs format – where they reached the semi-finals of the competition.

That season, Express also won the league title and reached the final of the CECAFA Kagame Cup.

However, unlike Jimmy Muguwa’s team in 1995, Bbosa’s class of 2020 have already won the Kagame – the first regional title in the club’s history – which has provided even more proving ground for the Red Eagles to soar at the continent.

“As players, our target was to play continental football and now that we have the chance to, we want to go all the way,” Express captain Enock Walusimbi echoed his coach’s statement.

“The Kagame cup experience helped a lot, and we shall build on that to ensure we make it to the first round,” he added.

Express has a definite feel-good factor and confidence around them. They are on an 18-game unbeaten run across all competitions since losing to Bright Stars in March 2021. They have won 14 of their games since then, drawing only four times.

Bbosa’s contract extension this week further replenishes the confidence within the squad ahead of the game.

There have been no fresh injuries recorded by the club, with Godfrey Lwesibawa also recovering on time to feature in the game after suffering an injury during the Kagame Cup tournament and subsequently missing the semi-finals and tournament final.

The lingering questions are about whether the transfers of Nicholas Kasozi and Deus Bukenya have been registered in time for them to feature in the game.

The game will be broadcast live on NBS TV and Sanyuka TV, with kick-off scheduled at 4 PM. You can also follow all Sanyuka TV social media handles for updates about the game or stream the game live via the Afro Mobile app.