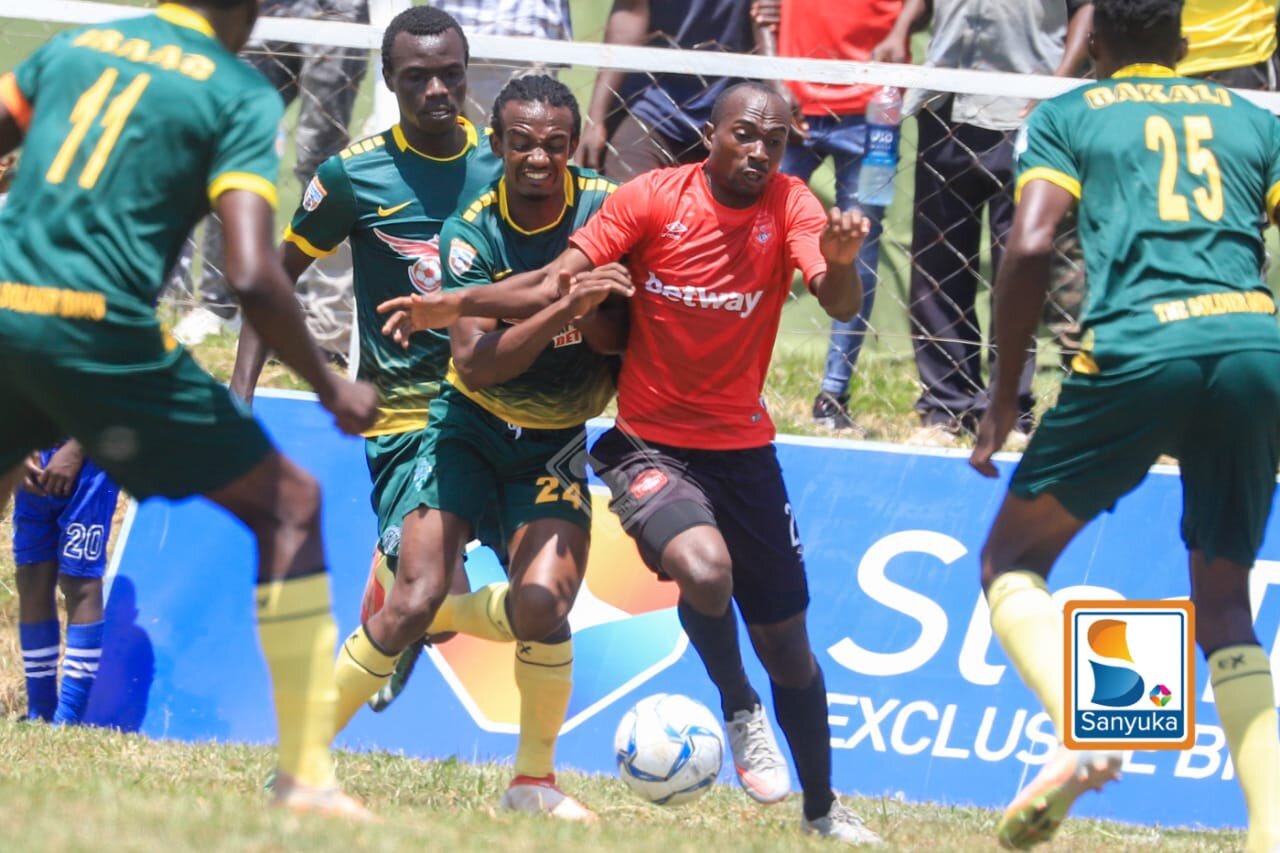 Gadaffi FC’s spirited performance was only good enough to earn a point as faltering champions Express FC scrapped to a 1-1 draw at the Gadaffi Arena in Jinja.

With the charged up atmosphere at the Arena providing the back drop of the second ever meeting between the two sides, it is the hosts that had the stronger start with Express’ experienced backline labouring.

But the Red Eagles were left disappointed after the referee Lucky Kasalirwe waved off what seemed to be correct appeals for a penalty after George Ssenkaaba’s shot was handled by defender Isaac Isinde.

Gadaffi took the lead with a stunning free kick from Hassan Musana on 15 minutes. The defender showed composure curling his effort into the top left corner for his fifth goal of the season.

Though there were disgruntled protests from the Express players led by captain Enock Walusimbi as they felt they had not yet properly set up their wall before the free kick was taken.

James Odoch who is yet to secure victory since taking interim charge of the champions in February was further frustrated as midfielder Mahad Yaya Kakooza had to be taken off with a niggle. Abel Eturudde taking his place.

Defender Murushid Juuko brought down Richard Basangwa with a poor challenge, but Umar Kyeyune’s lazy penalty bounced off the post as the Soldier Boys wasted an opportunity to score a second.

Express were let off the hook in the second half after Issa Lumu brought down Seif Batte in the penalty area, while it required some heroics saves from Denis Otim to keep them in the game.

The result leaves Express sixth on 31 points, while the gap against the leaders Vipers could potentially open to 15 points if they win their game over Tooro United. Gadaffi stays eighth.

Victoria fired up ahead of Kumi visit