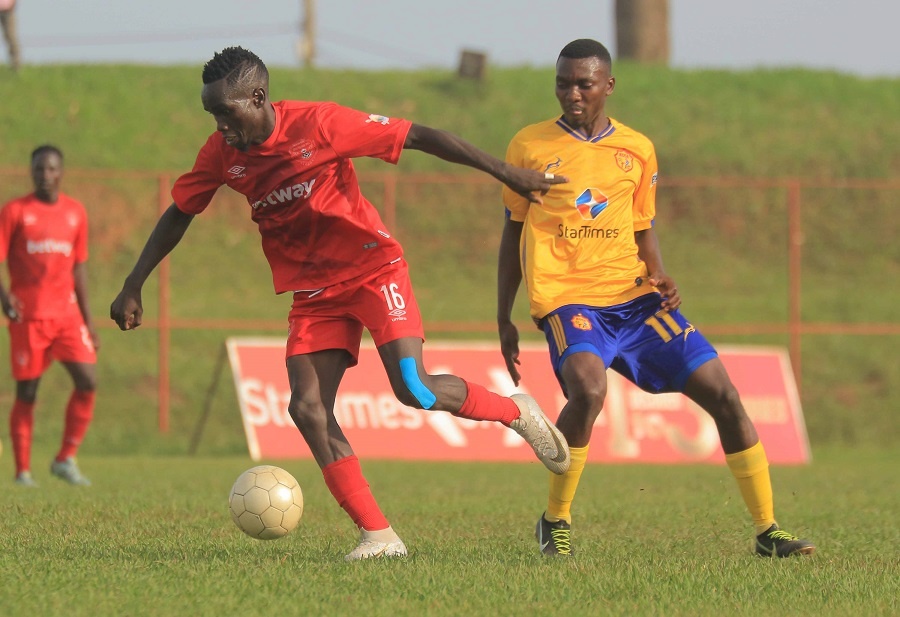 The blockbuster clash of Matchday 12 of the 2021/22 StarTimes Uganda Premier League comes from the MTN Omondi Stadium when KCCA FC lock horns with Express FC on Wednesday.

The Red Eagles will be aiming to bolster their title hopes when they renew their classic age-old rivalry with the Kasasiro Boys.

The Kasasiro Boys remain top of the table with 27 points from their opening 11 games, whereas the champions sit five places and eight points below the current leaders.

Wasswa Bbosa’s side heads into the game on the back of a slender 1-0 victory over Gadaffi FC, although it is Morley Byekwaso’s men who head into the game with more convincing form.

KCCA remain the only unbeaten side in the division, despite playing out to a 1-1 draw against rivals SC Villa in the other instalment of the Kampala derby between the VEK teams.

There is no doubt that Byekwaso’s team boast of a pretty solid defensive unit and a fearsome attack, but they will not have an easy game against the champions who will want to prove that they remain as competitive.

The challenge has been that Express has looked devoid of ideas and they have uncharacteristically appeared physically drained in recent games despite putting up an eight-game unbeaten run.

More sensible tactics were deployed on Friday against Gadaffi FC, and Express managed to pick up a victory and also showed glimpses of the attacking threat that their forwards can provide.

With Godfrey Lwesibawa, George Ssenkaaba and Eric Kambale starting, they formed a fluid and telepathic trio that suggested that on any day, they could propel the Red Eagles over the clouds and more importantly end their rivals’ unbeaten run.

But KCCA has looked like a machine, and if they are capable of producing as good a show as they did against Villa or Vipers, even with their injury woes, Byekwaso’s high flying side should have enough to maintain their invincibility.

Musa Ramathan, Mugume Ashraf, Wafula Innocent and Anaku Sadat are back for KCCA FC. The four players missed the last two games due to suspension.

Julius Poloto and Yassar Mugerwa continued with rehabilitation this week. The game against Express FC comes a little too early for the pair.

Defender Peter Magambo continued having individual light training this week and is yet to start full training with the squad.

Geofrey Wasswa is ruled out due to injury. The defender joins long injury concerns in Brian Kayanja and Emmanuel Wasswa who are ruled out for a while and whose return date is unknown.

For Express, Abel Etrude and Arthur Kiggundu remain sidelined with long term injuries, while Martin Kiiza is available but is subject to a late fitness test. But there are no suspensions in the team.

In the last 25 games played between the two sides, KCCA has won 10 games with 11 games ending in draws while there have been only four victories for Express FC.

KCCA has scored 36 goals, while Express has scored 24 goals in the last 25 games played between both sides.

KCCA FC has collected 41 points, while Express FC have collected 23 points from the last 25 games played between both sides.