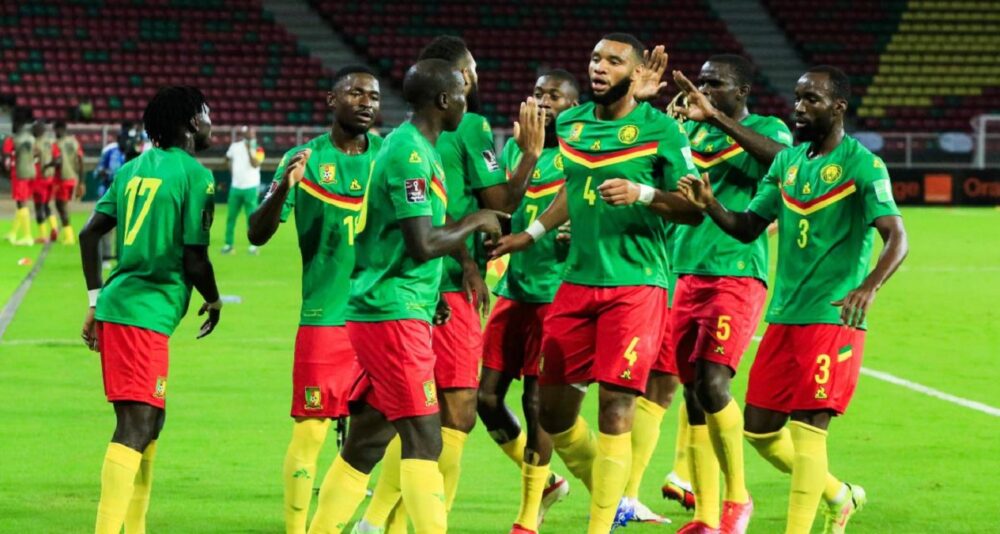 The final night of African qualifying for the World Cup produced high drama and upsets on Tuesday, though the continent’s line-up in Qatar will have a familiar look about it.

Morocco, Senegal and Tunisia participated at the last finals in Russia in 2018, while Cameroon and Ghana were at the finals four years before that.

Both Cameroon and Ghana produced unexpected away success to qualify, eliminating the more fancied Algeria and Nigeria.

Cameroon secured their place with the last kick of the match against Algeria, deep into extra time in Blida, as Karl Toko Ekambi swept home a speculative cross.

It left Algeria, who were African champions in 2019 and had breezed through the earlier stages of the World Cup preliminaries, crestfallen.

“We were only 10 seconds away from the World Cup. We collapsed,” Algeria coach Djamel Belmadi said after the 2-1 home loss.

“We put our lives on hold for this match and this success and we only had qualification on our minds. It is going to be hard to get through the next days.”

Ghana profited from a goalkeeping error to also advance on the away goals rule, their 1-1 draw in Nigeria setting off rioting by home fans in Abuja.

The FIFA doping control officer, Zambian doctor Joseph Kabungo, collapsed and died afterwards from a suspected heart attack, match officials told Reuters on Wednesday. They denied reports he had been attacked in the melee.

Nigeria’s failure to qualify is likely to see wholesale changes to their football leadership. The team dominated possession but lacked a cutting edge and looked a spent force before the final whistle.

Senegal repeated their penalty shootout success over Egypt as Sadio Mane again got the better of his Liverpool team mate Mohamed Salah.

Dakar’s new stadium was filled to capacity hours before the clash in which Senegal beat Egypt 1-0 for a 1-1 aggregate draw after extra time.

That set up another shootout between the teams, some six weeks after Mane had netted the decisive kick to win the Africa Cup of Nations finals in Cameroon.

He was again the talisman as he fired home to give Senegal a 3-1 shootout victory. Salah had put Egypt’s first effort well wide of goal.

Egypt said objects had been thrown at their players and their bus vandalised. Lasers beams from small handheld devices in the crowd were visible on the television pictures from Dakar but there is no evidence this had any impact on the players, particularly during the penalty shootout.

Tunisia denied Mali a first World Cup finals appearance with a 1-0 aggregate triumph while Morocco enjoyed an emphatic 4-1 win over the Democratic Republic of Congo in Casablanca after a 1-1 draw in the first leg.