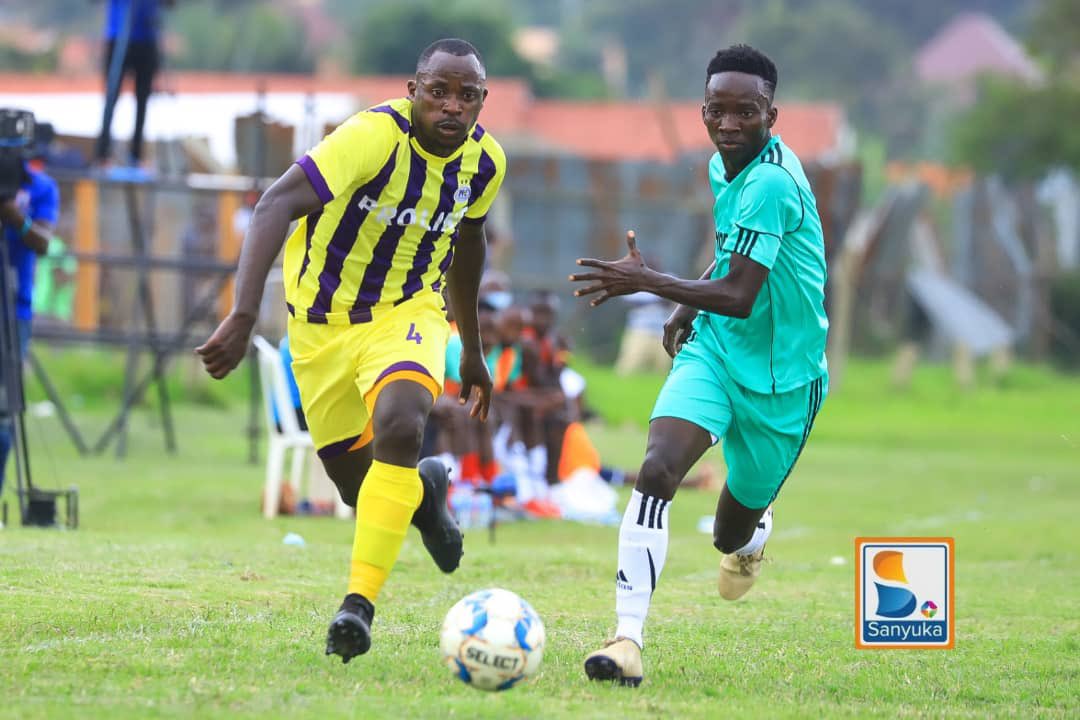 The new dawn of the StarTimes FUFA Big League was ushered in on Friday afternoon, as the 2021/22 season produced discernible results from the four games played.

Uganda’s second tier division will played for the first time as a single group in a new look format that will see 12 teams scramble for the three promotion places available.

Last season’s play-off runners up Proline FC got their season to an underwhelming start following a drab goalless draw against Nyamityobora FC at the Kakyeka Stadium in Mbarara.

Both teams failed to have a mark on the fixture as they struggled to create any real opportunities during the game.

The opening 30 minutes of the game saw the visitors have as expectedly more of the possession, and could have taken the lead after 16 minutes, but Hamza Mulambuli put his header just wide of the upright from a corner kick.

The game then descended into a more physical contest with Joseph Mandela and Mulambuli going into the book for some late challenges in a game that saw 20 fouls committed by both teams.

The physical battles failed to necessitate proper attacking play and by full time, the Abanyakare had registered only two shots on goal, while Proline had four – only one came in the second half.

How both teams started:

Veteran striker Geofrey Sserunkuuma grabbed the headlines with a double on his debut for MYDA FC as he lifted the club to an edgy 3-2 victory over Ndejje University in at the King George Stadium in Tororo.

Jimmy Wasswa stunned the home side with Ndejje’s first goal after only 13 minutes, but MYDA rallied to level through Sserunkuuma at the half hour mark.

Ivan Orono briefly put the hosts ahead, but Ndejje replied through Josephat Ayebare’s strike at the stroke of half time.

MYDA who were relegated from the StarTimes Uganda Premier League last season rallied on in the second half but Ndejje held on until the third minute of added time when the hosts were awarded a penalty for a foul on Sserunkuuma who held his nerve to bury the spot kick.

Elsewhere, Kitara FC who were relegated to the Big League this season also held on to edge Blacks Power FC 3-2 in Masindi while at Luzira, Maroons FC and Calvary FC played to a goalless draw.

What next in the Big League?

Matchday one will climax on Sunday with Kyetume FC hosting Luweero United FC at the Nakisunga Grounds in Mukono. The game will be broadcast live on Sanyuka TV with kick-off scheduled for 03:00 PM (EAT).

Matchday two will get underway on Tuesday with Ndejje United playing their first home game against Calvary FC at the Arena of Visions – the game will be broadcast on Sanyuka TV.

On Thursday, Proline FC will host Maroons FC at the MTN Omondi Stadium in Lugogo. Nyamityobora will travel to Mbale for a visit to Kataka FC at the Mbale Municipal Stadium.

Blacks Power hosts MYDA at the Akii Bua Memorial Stadium in Lira with Kyetume hosting Kitara FC at the Nakisunga Grounds in the other fixture.