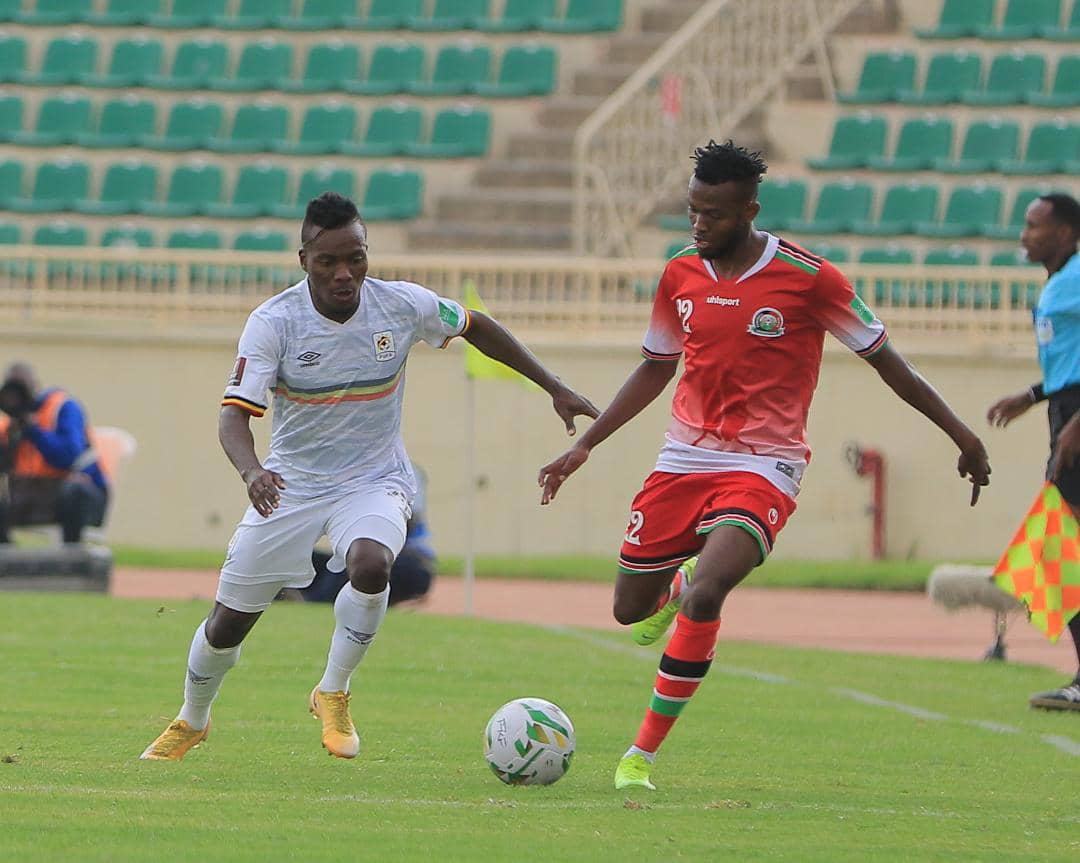 Uganda and Kenya renewed their rivalry as they played to a drab and wearisome goalless draw at the Nyayo Stadium in Nairobi on Thursday.

After failing to qualify for the 2021 AFCON, a new look Uganda Cranes team got their qualifying campaign underway with the hope of picking up an early advantage over their East African nemeses.

Mali’s earlier 1-0 win over Rwanda was enough motivation for Micho’s boys to push for something from Nairobi.

The returning tactician was facing his first major task on his second spell. Herculean as it seemed, Micho trusted some of his old guards and locally based players to deliver in the first major tie of his rebuilding process.

KCCA FC goalkeeper Charles Lukwago got the node in between the sticks ahead of South African based Ismail Watenga, Victoria Zizkov’s defender Isaac Muleme returned to the fold to man the left flank with TP Mazembe’s Joseph Ochaya, while the resilient Denis Iguma finally earned his place back to the Cranes, after over two years on the sidelines due to a nasty injury.

Vipers SC youngster Bobosi Byaruhanga was handed his first senior national team start in midfield alongside Khalid Aucho, while Milton Karisa also returned to the side for the first time since suffering a muscle injury in Uganda’s first game at the CHAN finals in January.

Micho and Uganda’s troubles started early as they were forced into an early substitution with defender Halid Lwaliwa limping off with an injury. Lwaliwa was replaced by Enock Walusimbi for his senior debut, partnering with clubmate Murushid Jjuuko in the central defense.

Both sides failed to come alive in the opening 45 minutes. Byaruhanga and Joseph Ochaya’s efforts from close range midway through the first stanza encapsulated Uganda’s struggles in the final third.

The hosts themselves had seven attempts on goal in the first half, but none of them troubled Lukwago in goal.

While it was laboring for the few in attendance at Nyayo and millions on TV, on the pitch though, both teams did not hold back.

Lawrence Juma limped off and was replaced by Eric Johanna shortly after the hour mark, while the Cranes captain was clattered in a rough duel and was forced to make way for Smouha’s Derrick Nsibambi at the start of the second half.

The second half was not different from the opening half. While Kenya looked more comfortable on the ball, they were still far from unsettling Uganda’s solid backline.

Micho now has his work cut out heading into his first home game back in charge of the Cranes when Uganda hosts Mali at the St. Mary’s Stadium on Monday next week.

Kenya makes the short trip to Kigali to face the bottom place Rwanda.