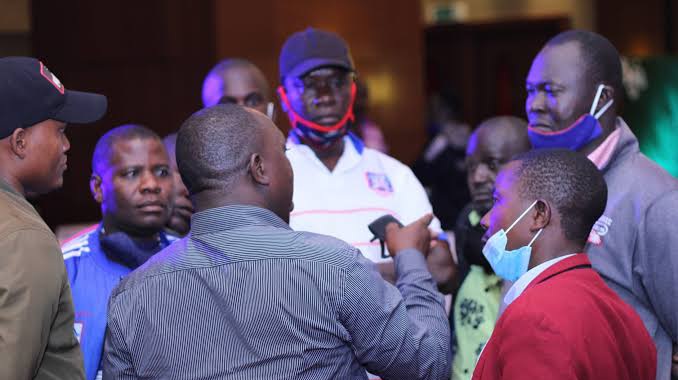 SC Villa’s quest to find a fresh start has seen incredible twists and turns, as the question of the club presidency continues to linger large.

Villa’s intended presidential elections were halted in the final seconds by an order from the High Court of Uganda in August, as a section of the club’s members contested the electoral process.

But the latest development from the club points to a more explicit future. Villa might finally be headed for its first polls since 2018 when then president Ben Misagga was ousted.

The Federation of Uganda Football Association (FUFA) has announced that they will help the Jogoo conduct their elections.

FEC will involve three members of the SC Villa Congress – the supreme body of the club to form the new VEC, that will take over from the previous committee headed by Robert Kiggundu disbanded.

According to a statement from FUFA, Joram Katende and Rev. Father Kimbowa will act on behalf of the FEC while Walukagga Isaac, Kavuma Ssekidde and Sharon Adong have been appointed from the Club’s congress.

“As you are aware, the FEC has the mandate to organize elections of members of FUFA,” the statement said.

“FEC has consequently named Mr. Joram Katende (Member FUFA EC) and Rev. Father Kimbowa both accepted and further FEC has also accepted all the three names proposed by the SC Villa Congress to comprise the Electoral Committee to organise the Club elections,” the statement added.

The current VEC will be chaired by Walukagga, Joram Katende shall act as the committee’s secretary with Ssekidde, Adong, and Rev. Father Kimbowa all members.