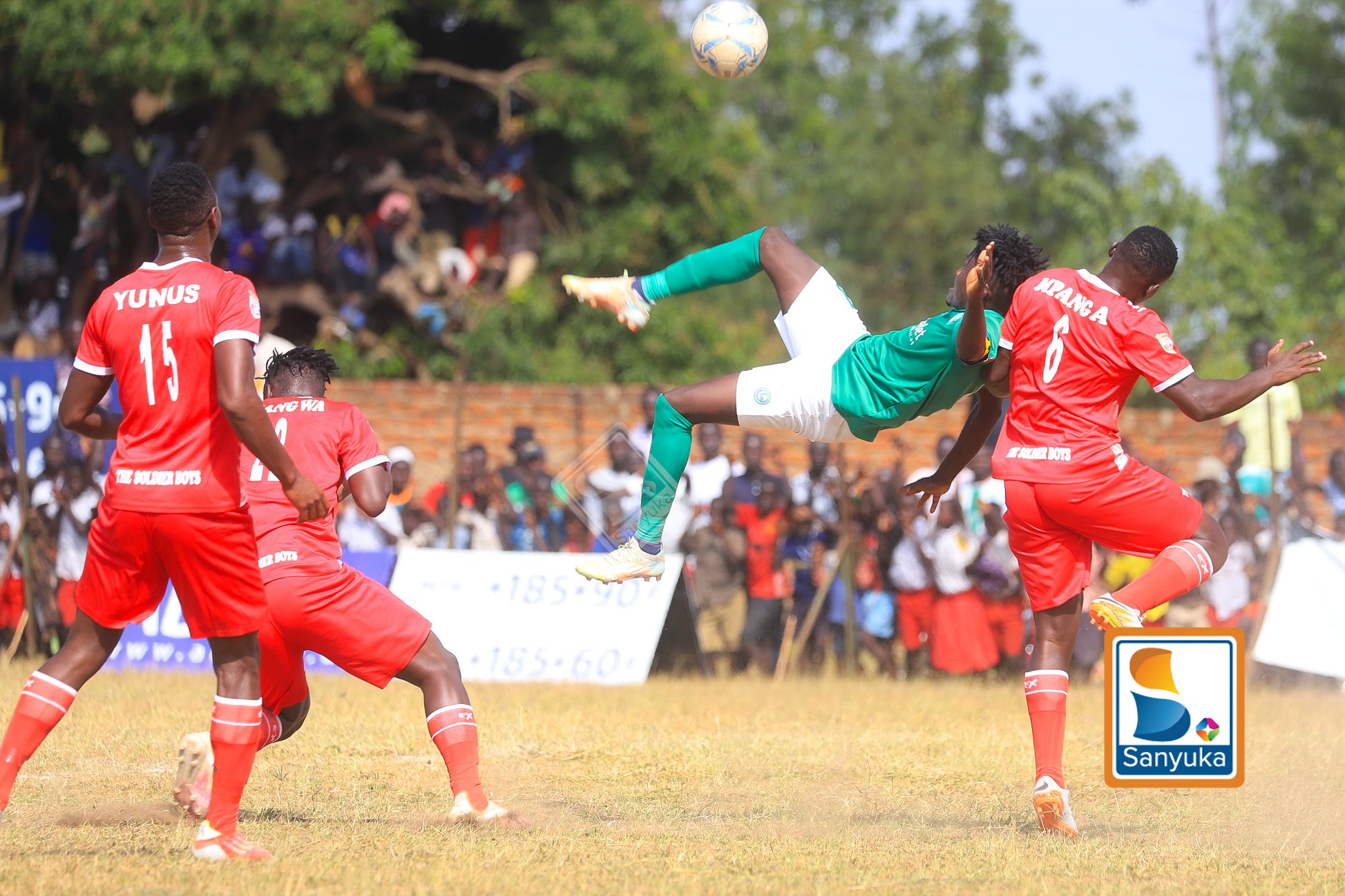 Paul Mujwapani and Gadaffi FC defence withstood pressure from Onduparaka FC to boost their survival hopes with a goalless draw at the Aba Bet Green Light Stadium in Arua.

The Caterpillars came close to scoring in the 10th minute with captain Muhamad Shaban’s acrobatic kick stopped by a brilliant low save from Mujapwani.

Onduparaka continued to draw forward and Gabriel Matata missed from close range from Patrick Sserunjogi’s strike although the goal wouldn’t have stood as he had been standing in an offside position.

Defender Denis Ojara then saw his driven free kick from over 30 yards sail just wide of the target, before Mujapwani produced another incredible stop to keep the score goalless as he tipped Sserunjogi’s free kick onto the cross bar.

Gadaffi nearly took the lead against the run of play as a quick break through Seif Batte set up Frank Mulimi who did well to beat two defenders but his curling effort agonisingly bounced off the cross bar with goalkeeper Micheal Kagiri rooted to his spot.

The second half did not produce similar intensity and tension with only Shaban’s attempted header from defender John Rogers’ cross the only notable piece of goal mouth action.

The draw further dented Onduparaka’s bid for survival s they stay only two points above the relegation places in 12th, with 18 points from 19 league games.

Gadaffi meanwhile remain eighth on the log as they move to 25 points.

Elsewhere, Police FC extended their unbeaten run to eight games as they picked up their first victory of the second round courtesy of an imposing 4-2 victory over bottom side Tooro United.

The Cops took the lead inside 10 minutes through a sumptuous strike from Juma Balinya who struck his ninth goal of the season.

Tooro drew level in the 28th minute, Ronald Magwali scoring his first league goal for over two years. But they were back down 10 minutes later with Tony Mawejje nodding in Ruben Kimera’s cross.

At the stroke of half time, Marvin Oshaba was at the end of another beautiful team move to get off the mark for his new side incredibly against his former masters.

Tooro scored a second goal midway through the second half, as Hussein Mwanje tucked away a penalty, but Police managed to seal victory with four minutes to play through substitute Herman Wasswa.

Att the Bugembe Stadium in Jinja, BUL Bidco FC compiled more misery on UPDF as they thumped them 5-1 through a double from Simon Oketch and goals from AbdulaKarim Nduggwa, Ibrahim Kazindula and Richard Wandyaka.

Defender Walter Ochora was unfortunate to concede an ow goal, but there was little that could dampen the mood for BUL who stay fourth but close the gap to third placed URA to only one point at the moment.