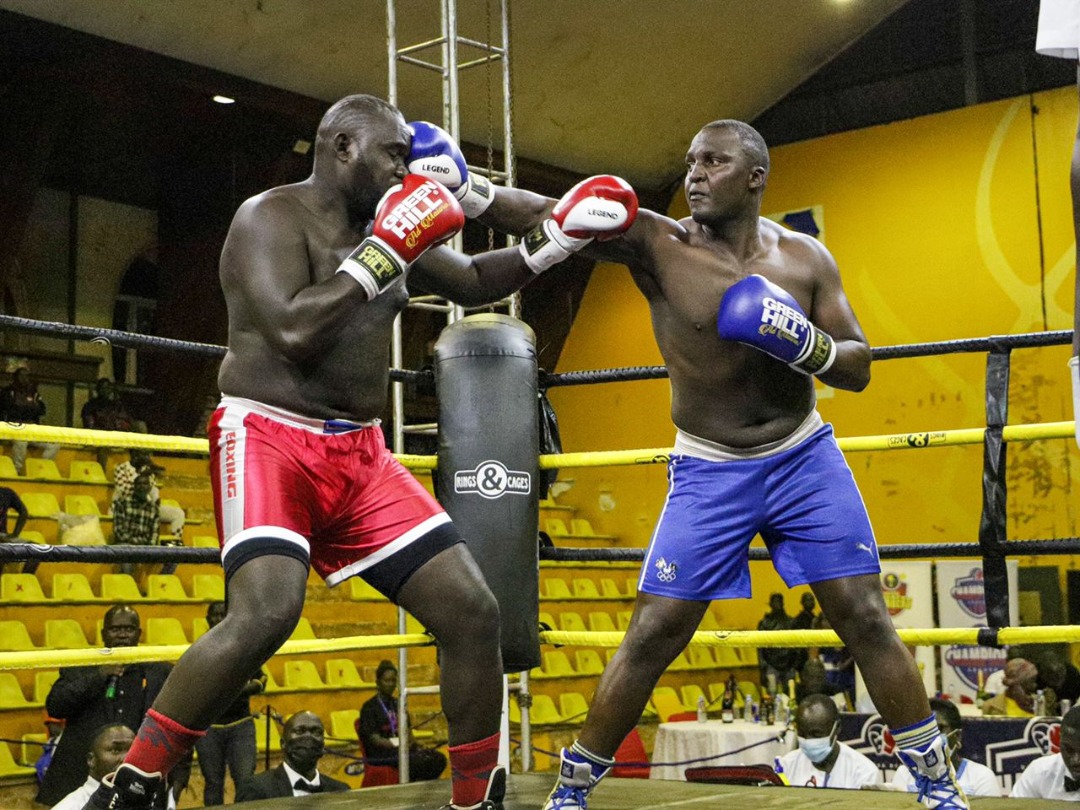 Geko Solomon continues to prove his worth in the super heavyweight category of the ongoing Uganda boxing federation (UBF) Champions League.

The action continued last Saturday evening with 11 bouts at the Lugogo Arena.

In one of the much-anticipated bouts of the day, Solomon Geko turned brutal against Army boxing club’s Geoffrey Mandela, who the referee had to save in the third round after advice from the ringside doctor.

The male bouts go for five rounds while the females fight for four rounds in this semi-professional competition organized by Top Boy promotions on behalf of UBF.

“This is my weight, and whoever comes to challenge me will be sorted,” noted Geko, who has won all his two bouts by RSC (Referee Stops Contest).

The Lukanga boxing club fighter had earlier beaten Fred Lutwama for his first win, with the referee stopping the contest in the second round.

Geko was unmatched during the Commonwealth Games trials in Scotland in 2014; he is the 2015 and 2017 national Open Gold medalist, won Gold in the 2018 Bingwawa Mabingwa championship also the champion of the East African Games in 2018.

In the other fights on the night, Isac Zebra Senyange Jr, the son of the slain former national boxing team captain Isac Zebra Senyangegot his first win of the competition with a unanimous decision victory against Richard Kasujja in the Light middleweight category.

Senyange lost the fight by a split decision against Army’s experienced John Owino.

Following a draw in the first fight, Nakawa’s Yusuf Nkobeza secured a sweet win against Denis Okello in the middleweight category after the referee stopped the contest.

The most entertaining bout, however, came in the featherweight as Derrick Mubiru beat Marvin Ssali.

The referee stopped the contest in round 5 of the fight due to injury, but the two fighters gave their all in terms of technical, tactical ability and endurance.

Action in the boxing champions league returns after a fortnight with fans allowed in the arena after president Museveni opened sports whilst you can watch the bouts live on Sanyuka TV.

Mandela returns to give SC Villa fresh breath of life