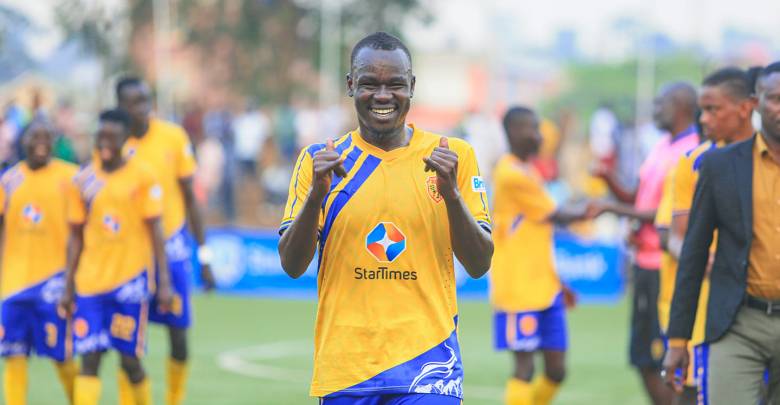 Despite missing one of his key signings in the off-season Bright Anukani, who continues to self isolate after a positive COVID-19 test, KCCA FC manager Mike Mutebi has been boosted by the return of midfielder Gift Ali ahead of their first home game of the season against Onduparaka.

Ali excelled in a rather new position under Mutebi and was arguably the club’s best player last season, but an injury kept him out of their opener.

There is no guarantee that the ambidextrous midfielder will replicate his fine form, but his boss hopes this happens when he teams up with his childhood teammate, Italian Stefan Mazengo Loro, and Keziron Kizito.

If history is anything to go by, Onduaparaka is a manageable opponent for the Kasasiro Boys since they have beaten them in four of their past five meetings, but Mutebi is not leaving anything to chance.

He hopes new signing Brian Aheebwa can replicate his form against Bright stars in the opening game and guided them to a good start at home.

Ahebwa scored once and assisted the other as they won 2-1 in Kavumba.

The bigger concern though for the coach is the surge in COVID-19 cases. One of his players Bright Anukani is still unavailable as he continues to self isolate following a positive COVID-19 test.

Their opponents Onduparaka came from behind to salvage a one-all draw against Express FC in their opening game of the season.

The last meeting between the two sides ended 4-0 in favor of the 13-time champions.

In the other games to be played tomorrow, Kitara will host fellow newcomers UPDF at the Kavumba recreational grounds, MYDA FC is at home against Police FC at the King George IV Memorial Stadium, BUL FC visits Busoga United in the Jinja derby, while Sports Club Villa host Mbarara city.