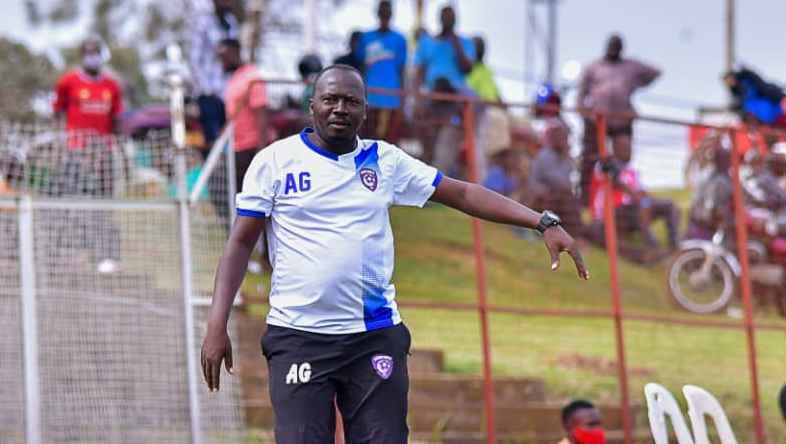 Alex Gitta has urged his Wakiso Giants players to ‘stay positive’ and ‘quickly forget’ their defeat to champions Express which ended a four-game winning streak.

The Purple Sharks were brough back down at Wankulukuku, Eric Kambale’s penalty handing them their first league defeat since Gitta took charge of the club in October.

Wakiso will seek respite when they host Soltilo Bright Stars in the StarTimes Uganda Premier League on Tuesday, and their coach wants to see ‘fighters’ and dream chasers at the Kabaka Kyabaggu Stadium.

“We go into the game (on Tuesday) forgetting what happened in our last game against Express at Wankulukuku. It was obviously disappointing to lose,” Gitta said ahead of the game.

“And that is testament of how tough it is in this league. We expected to find challenges and difficult situations but we shall also definitely have easier patches.”

“What will define us is how we bounce back from those challenging situations. I trust this group that they can bounce back immediately,” he added.

Bright Stars travel to Wakiso on the back of a 1-0 victory over beleaguered Tooro United, their first win of the season which will be a huge confidence booster for Simon Peter Mugerwa, but Gitta insists that it is them that want to win more.

“Bright Stars is a tough side to face. They are an established top flight club and the fact that they are on the back of a victory, it gives them some confidence and makes the odds even tighter,” he mentioned.

“It is us that want the game more, we want to return to winning ways because this month our target was to take all the 12 points available.”

“We have collected six so far, and if we can close-off November having collected nine points, then it will be good enough.”

“We are very optimistic that we can fight for the result tomorrow. The players have worked very well in the recovery sessions and they look positive,” he continued.

Three of the last four meetings between the two sides have ended in draws, but Bright Stars edged Wakiso 3-2 in their last league meeting in April.

Ivan Bogere struck for Wakiso after five minutes, but Bright Stars replied through Sam Ssekamatte and Joseph Janjali to take the lead at half time.

Joshua Lubwama equalised for Wakiso with 15 minutes to play, but Ibrahim Kasinde scored in the fifth minute of half time to win all three points for Bright Stars.

Ssekamatte has since moved to Arua Hill. Meanwhile, Wakiso will be without George Kaddu who is still suspended, but Edward Satulo returns from suspension while captain Hassan Ssenyonjo resumed training and is available for selection.