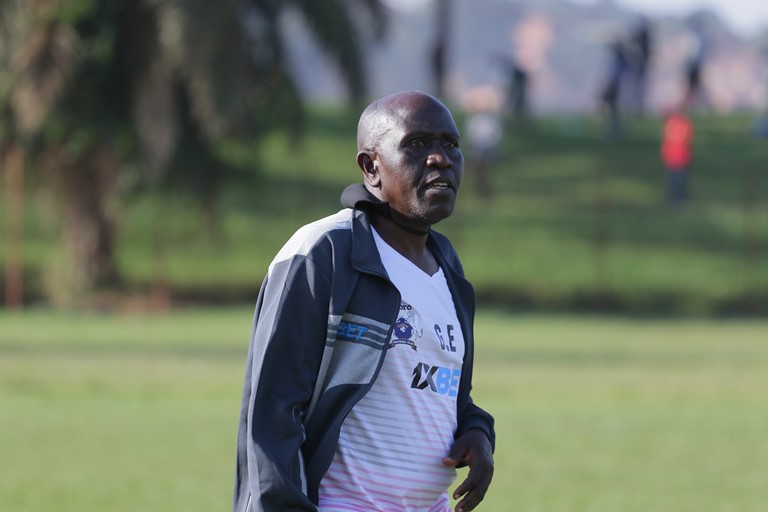 Edward Golola’s relationship with club Tooro United is hanging by a thread, with the likelihood of the coach resigning even fueled further by his disappearing act in their previous game.

Golola who has openly been disgusted by the club’s financial situation and the apparent lack of concern from the club’s management about the situation, was not in the dugout for their game against Vipers SC at St. mary’s Stadium on Saturday.

Instead, it is goalkeeper Simon Mabuuya who was vocal on the touchline as he tried to motivate his mates during the game where they eventually succumbed to a 1-0 defeat.

Golola had left the team’s camp in Fort Portal hours before the team travelled to Kampala, with reports indicating that he was on the verge of tendering in his decision.

However, according to the coach, he had a personal situation that needed urgent attention as his son had been put under Police custody over a personal debt.

“My son was arrested in Lungujja for going months without paying his rent, so I had to leave Fort Portal to come back in Kampala,” Golola told The SportsNation in an interview.

“And it has been a hectic process to get him out. They needed Sh300,000 and I had to look for that amount amidst the ongoing money challenges,” he added.

Golola further confirmed that he was later able to have his son released on Police bond by 1pm on Saturday, and by the time the entire process was completed, it was late for him to make the 30-minute trip to the stadium.

A couple of Tooro United players have intimated to media that they did not know the whereabouts of their coach, while there is a growing belief that Golola’s intention to leave is still eminent.

It remains to be seen whether Golola will be in charge of the team when they host Police FC at the Buhinga Stadium in Fort Portal on Tuesday.

Very best Foreign Women of all ages to Marry