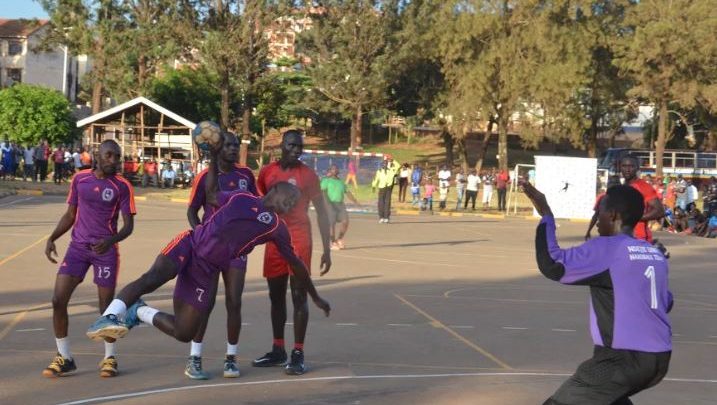 It is months since the tenure of the Uganda Handball Federation (UHF) office-bearers expired but the sitting executive is yet to hold an elective Assembly for the election of new leadership.

This website today landed on a document dated 22nd September 2020 where the former Assistant General Secretary Hannington Musoke expressed his dissatisfaction while responding to the letter that was released by the current acting General Secretary Augustine Mugalu on behalf of the federation president just hours after the president of the Republic of Uganda freed some sports activities.

According to the document, Hannington feels that the executive is purely playing delaying tactics for them to stay in control of the federation affairs illegally.

The issue at hand is the continued stay in office beyond 30th June 2020 without getting a mandate from the UHF Congress and breaking the backbone of a constitution you swore to protect and be its custodian.

The letter is silent on the Elections which you have not organized and you are in continuous breach of article 6 of our constitution.

The National Council of Sports and other local federations actually held structured meetings, for example, the Uganda Olympic committee held a council meeting on 27 June, Futsal also held an assembly on 12th September, FUFA (Soccer) is holding an assembly on 17th October unless there are other interests beyond the development of handball and constitutionalism, there is no reason why we continue being under an illegitimate leadership.

We need to be specific on the elections,” the document read.

Speaking to this website, Mugalu the federation acting general secretary says it’s true that their term expired on the 30th of June this year but the Association could not hold an elective Assembly because all the would-be member clubs are yet to pay their annual membership fees which means there are no eligible voters and as if that was not enough, airports were closed yet elections have to be supervised by a delegation from International Hand Ball Federation.

“Membership for our clubs expired in April this year and we had sent them invoices by 27th 1 January 2020 to comply but no club paid so we if we are not eligible they are not eligible too. We have to consult the National Council of Sports to guide us here because the would-be delegates don’t qualify and also as per the new arrangements, we could not organize an elective Assembly with no international overseers.

We are planning to have an elective Assembly either in January or February next year and am going to write to the international body tomorrow so that they prepare for whom to send.” Mugalu further explained.

Hannington however is not moved by the statement that all would-be voters have not paid up and still puts it on the weakness of the sitting executive.

“This is a personal vote of no confidence from the executive if it’s true that clubs are not paid up. Those are some of the smallest areas that they should have rectified.

Uganda Handball Federation is one of the National sports federations with the longest-serving top officials with the President Sheila Agonzibwa Richardson being at the helm of the federation for 19 years having had her first between 1992- 2002 before bouncing back in 2011 to date.

The Characteristics of a Good Marriage