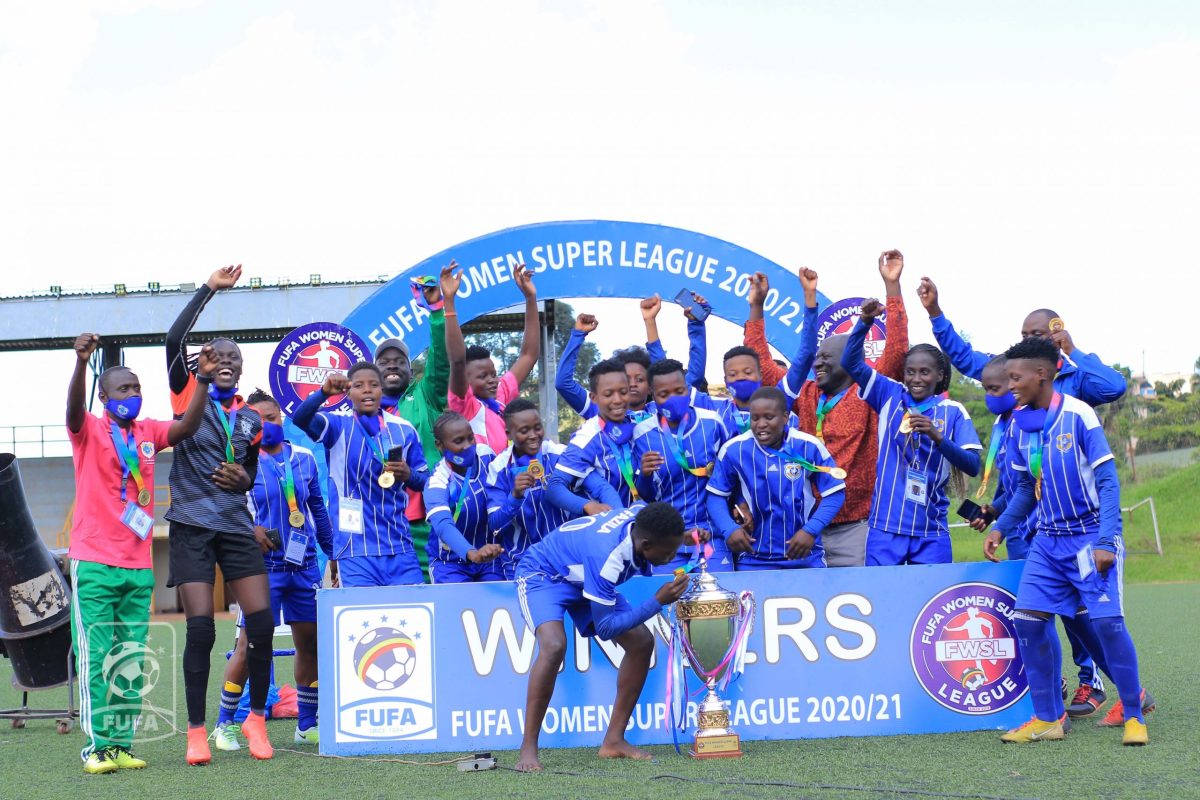 Fazila Ikwaput was the star player as Lady Doves clinched the 2020/21 FUFA Women Super League title following a 2-1 win over former winners UCU Lady Cardinals in the final played on Wednesday at the FUFA Technical Center, in Njeru.

In the repeat of the 2018/19 Final, Lady Doves celebrated revenge against a side that defeated them at the same stage two years ago.

Ikwaput who has been instrumental throughout the tournament scored the winner to add on winger Elizabeth Nakigozi earlier penalty that had given the Masindi-based side the lead in the 29th minute following defender Mercy Nabulobi handball in the forbidden area.

UCU Lady Cardinals’ Hasifa Nassuna was denied by the woodwork twice before Sandra Kisakye equalizer that turned into a consolation.

FUFA President Moses Magogo indicated that it was important to have Women’s Football return.

“Despite the conditions in regard to covid-19, we made efforts, bringing the teams together and having the players back to action. As FUFA, we shall give the necessary support to our representatives in the CAF Champions League qualifiers with Air tickets to Nairobi on top of the Cash Prize of UGX 12 million,” he confirmed.

Uganda Martyrs High School who defeated Kawempe Muslim in the third-place play-off got a cash prize of five million while the latter earned two million.

Ikwaput was named the Most Valuable Player of the Tournament and also bagged the top scorer’s golden boot with eight goals.

Daisy Nakaziro, the captain of Lady Doves emerged as the best goalkeeper while Isra Soccer Academy got the FairPlay Award.

Nakaziro was named best goalkeeper at the tournament. Each of the individual winners bagged one million shillings each.

How to Find a Cambodian Woman for the purpose of Marriage