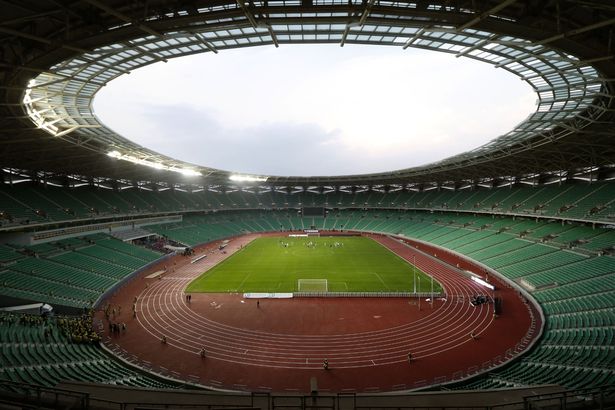 Iraq now celebrates hosting Qatar 2022 qualifiers as FIFA ban is lifted after almost 3 decades of not being able to host any FIFA recognised international matches on their land after the war of Iraq.

The cities of Arbil, Basra and Karbala have given the go-ahead to stage official competitions.

Iraqi football teams have been banned from playing at home since the Iraqi invasion of neighbouring Kuwait in 1990.

The ban was briefly lifted in mid-2018 for friendly matches in Iraq’s cities of Basra, Erbil and Karbala, but the ban was reinstated after protests that spread in the country in 2019.

“We are allowing international matches to be staged in the cities of Arbil, Basra and Karbala,” FIFA president Gianni Infantino told reporters after a meeting of the FIFA Council in Bogota.

“We received on Sunday an official notification from FIFA confirming the lifting of the ban for all Iraqi stadiums,” said Ahmed al-Moussaoui, spokesman for the Iraqi Football Association.

Adnan Dirjal, Iraqi minister of Youth and Sports, said in a statement “with the support of the Asian Football Confederation, our communication with FIFA has paid off, promoting the return of international matches to Baghdad successfully.”

“Baghdad and all Iraqi cities are ready to welcome brothers and friends from all over the world,” Dirjal said, stressing that the Iraqi national team will play against the national team of the United Arab Emirates in the 2022 World Cup qualifiers.

In January 2022, Baghdad’s 32,000-seat Al Madina Stadium hosted a friendly between Iraq and Uganda – the first international match in the capital provisionally approved by FIFA provided that the security situation in the city was “stable”.

Now, Iraq prepares to host United Arab Emirates VS Iraq World Cup 2022 qualifier next month, relocated after it was scheduled to be held in either Amman, Jordan, and will host Qatar and Syria for a friendly tournament starting on March 21 in Basra.

The way to select a Seeing Site For Marriage Simply