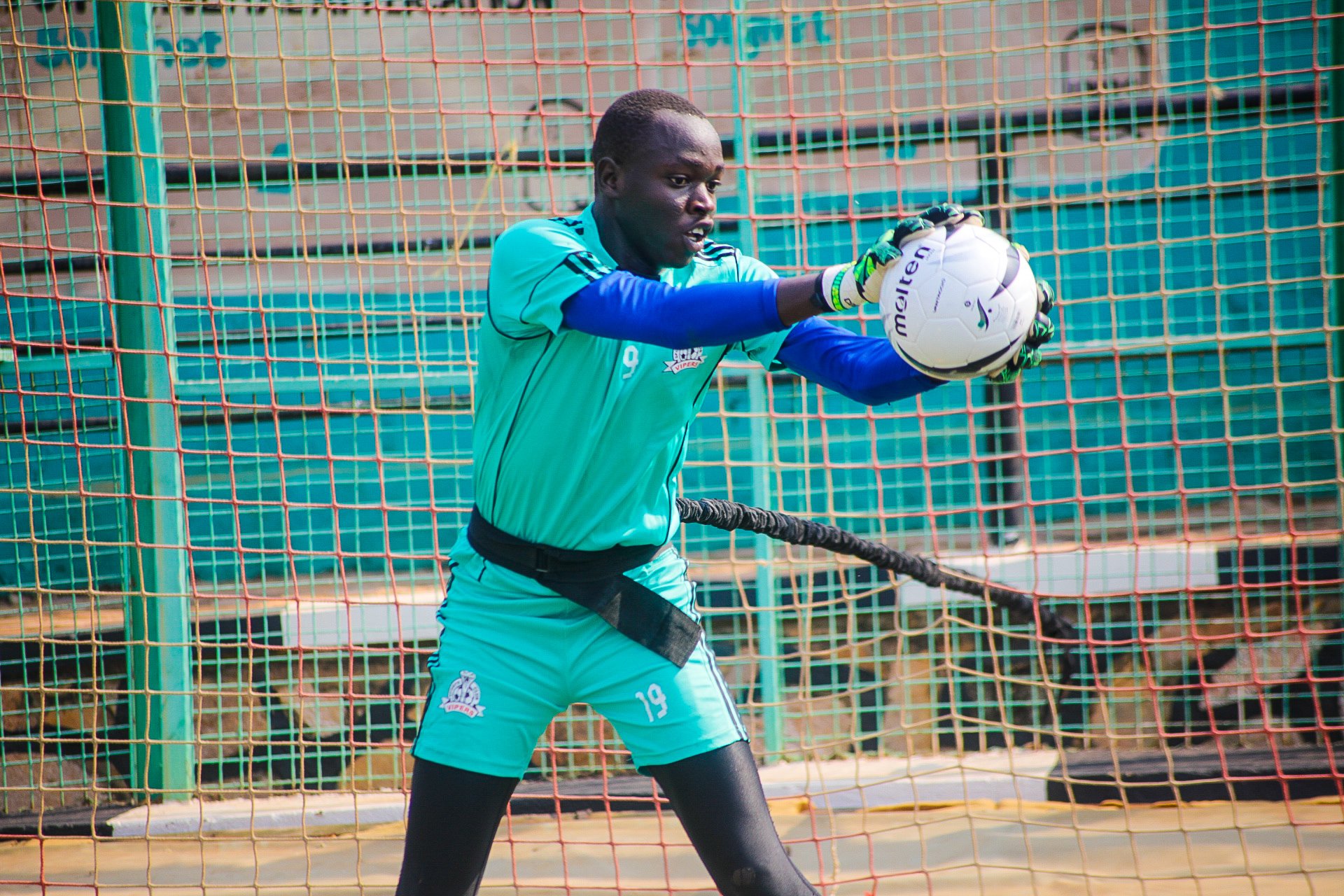 Vipers SC goalkeeping coach Ibrahim Mugisha says that Jack Komakech is under no pressure to perform immediately, but alluded that the young goalkeeper has a long and bright future at the club.

Komakech was announced as the first signing for the Venoms in the current transfer window on Friday, after signing a long-term five-year contract at the St. Mary’s Stadium, Kitende until 2026.

While Komakech has fast risen as a top goalkeeper after featuring for both the national U17 and U20 sides, his move to Vipers from Ascent Soccer Academy will see him sign his first professional contract.

“I saw him for the first time featuring for the Cubs (Under 17) and Hippos (Under 20) teams,” Mugisha said of the 19-year-old goalkeeper.

“He looked absolutely good and has a bright future ahead if he stays focused and working hard,” Mugisha added.

“First of all, you need to let him settle down, find his way. He needs to learn the speed and more basics of goalkeeping. All that stuff you have to calculate as well to work on a little bit.”

“Now he is here, we have to improve him. He is still young, there is no pressure because there is still a long road.”

“We don’t want to create any pressure for him because there is still work to do,” he continued.

Komakech will join the rest of the Vipers SC squad for pre-season training under new head coach Roberto Oliveira immediately.

“I’m just extremely happy, extremely proud to be joining Vipers SC and finally have a team to feature for in the Uganda Premier League,” Komakech told viperssc.co.ug.

“Vipers SC is one of the biggest clubs in the country. It is a huge club with big ambitions and am looking forward to being part of the successful journey.”

“I know it is going to be a lot of hard work, but I am ready to do everything I can to get the most of my five years here and at the school as possible,” he continued.