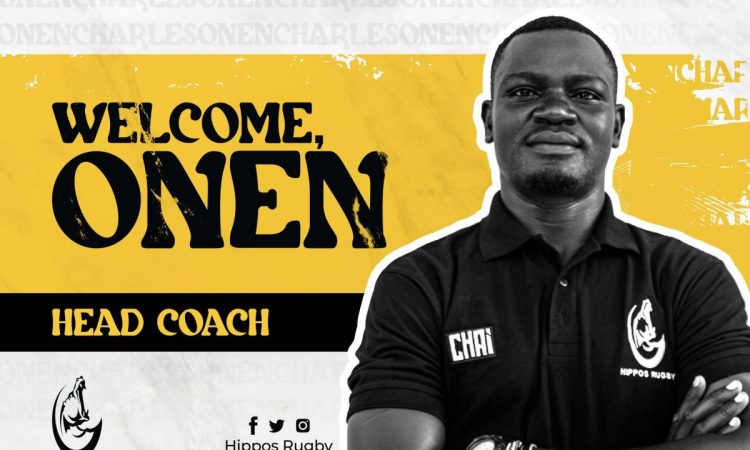 Jinja Hippos Rugby Club has appointed Charles Onen as their new head coach, replacing Robert Sseguya who cannot continue in the role due to health concerns.

Onen joins the Hippos on a one-year contract subject to a further year upon agreement at the end of the 2021/22 season.

Sseguya also known as Soggy left the coaching role after four years following a diagnosis that revealed that he was suffering from Leukemia.

Soggy had helped turn the club from a bottom of the table club into a top four team after collecting 24 points in the 2020/21 season.

“Hippos Rugby is excited to announce Charles Onen as our new Head Coach,” the club said.

“Charles brings with him a wealth of playing, reffing and coaching experience to our club and we look forward to breaking new heights together.”

Hippos Rugby is excited to announce Charles Onen as our new Head Coach.

Charles brings with him a wealth of playing, reffing and coaching experience to our club and we look forward to breaking new heights together.#HippoStrong#RiseUp pic.twitter.com/jxMj5cDqAE

Onen had a bright playing career, featuring for the Rugby Cranes 7s team in and was also part of the Buffaloes team that finished runners up in 2014.

Onen will be in charge of the club’s senior XV and senior 7s sides.

Speaking about his appointment, Jinja Hippos coach Manzi Jonan credited former coach Soggy for the tremendous work he has done for the club, and said they look forward to incredible success under Onen.

“Everyone at the club is very excited to welcome these two young coaches as we look to build on the incredible progress of the team under previous head coach Robert Seguya who took Hippos from bottom of the league at Christmas 2018 to a fourth-place finish last season,” Manzi said.

“While Soggy’s illness has necessitated the change, we are confident that in these two we have identified the best coaches to take us on the next stage of our journey.”

Addtionally, Kevin Makmot has been appointed as the head coach for the backs and will also been in charge of the development side the Kiira Crocs.

Meanwhile, Sean Baldwin has been maintained as the forwards coach.