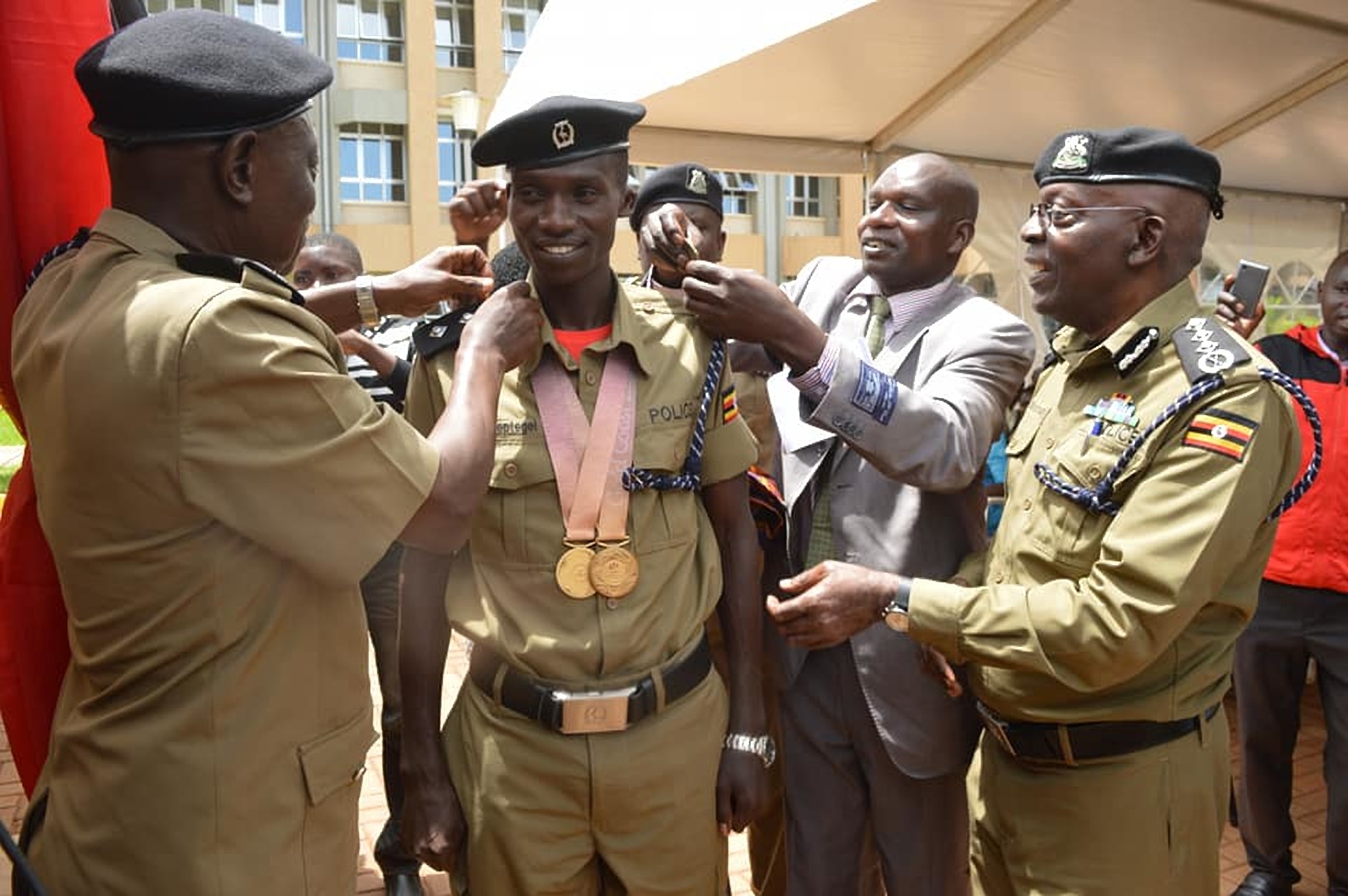 Multiple world record holder Joshua Kiprui Cheptegei has been recommended for promotion from the rank of Inspector of Police (IP) to Assistant Superintendent of Police (ASP) in the Uganda Police.

This has been confirmed by the Uganda Police Spokes Person Fred Enanga at their weekly press conference on Monday at the Media Centre in Kampala.

Cheptegei who just recently returned from a successful European Tour that saw him smash Kenenisa Bekele’s 15-year-old 10,000-meter world record was promoted four ranks higher from Police Constable to the rank of Inspector of Police in 2018 following his 5000 meter Gold Medal in the Common Wealth Games in Australia.

His recent promotion is a reward for his stellar performance in Valencia where he broke the second of the long-standing records of the Ethiopian long-distance ace.

On top of the promotion, a sports facility at the Police Training Center will also be renamed after the 5000m world record holder.

Cheptegei’s new rank is a middle management position in the Uganda Police. ASP’s are Heads of Station, Heads of sections at the District level, or District Human Resource Officers.