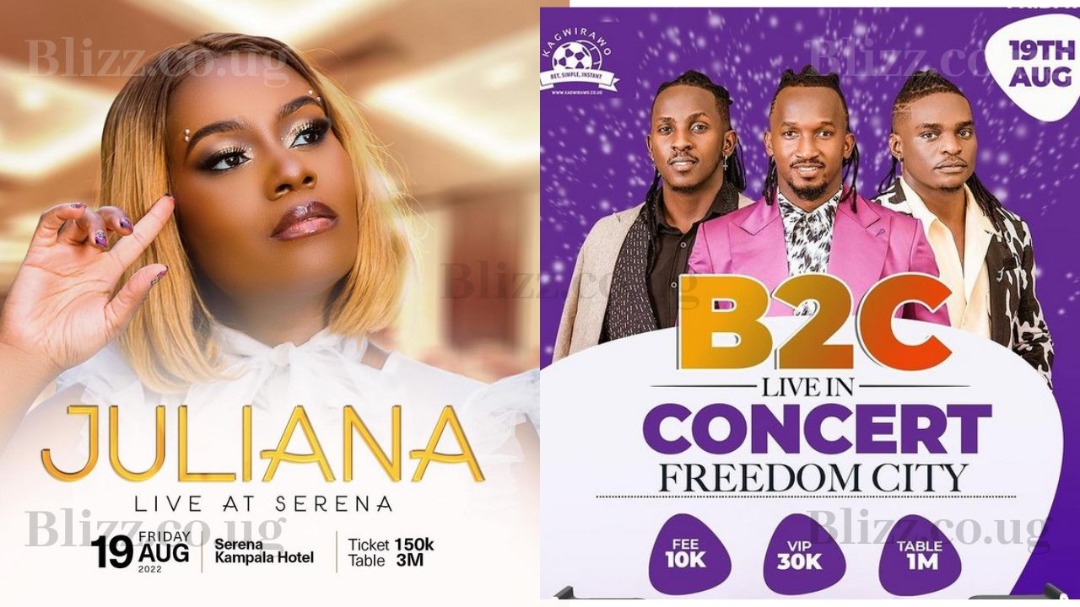 On Monday 27th June, ‘Nabikoowa’ singer Juliana Kanyomozi, through her social media platforms, announced her concert set to be held at Kampala Serena Hotel on 19th August 2022 – the same date on which the B2C Entertainment trio at the beginning of the year announced they would hold their concert at Freedom City, along Entebbe Road!

Juliana’s announcement left many wondering whether these big artists care for their industry colleagues! Her concert caught many people’s attention mainly because of the entrance fees; an ordinary ticket will go for UGX 150K, while a table for as burly as UGX 3M.

In an exclusive phone interview with a local radio station, Bobby Lash, one of the B2C Entertainment stars, said, “Swangz Avenue has a hidden agenda to fail their own success; after all, it isn’t the first time they are staging a music concert on the same dates as us.”