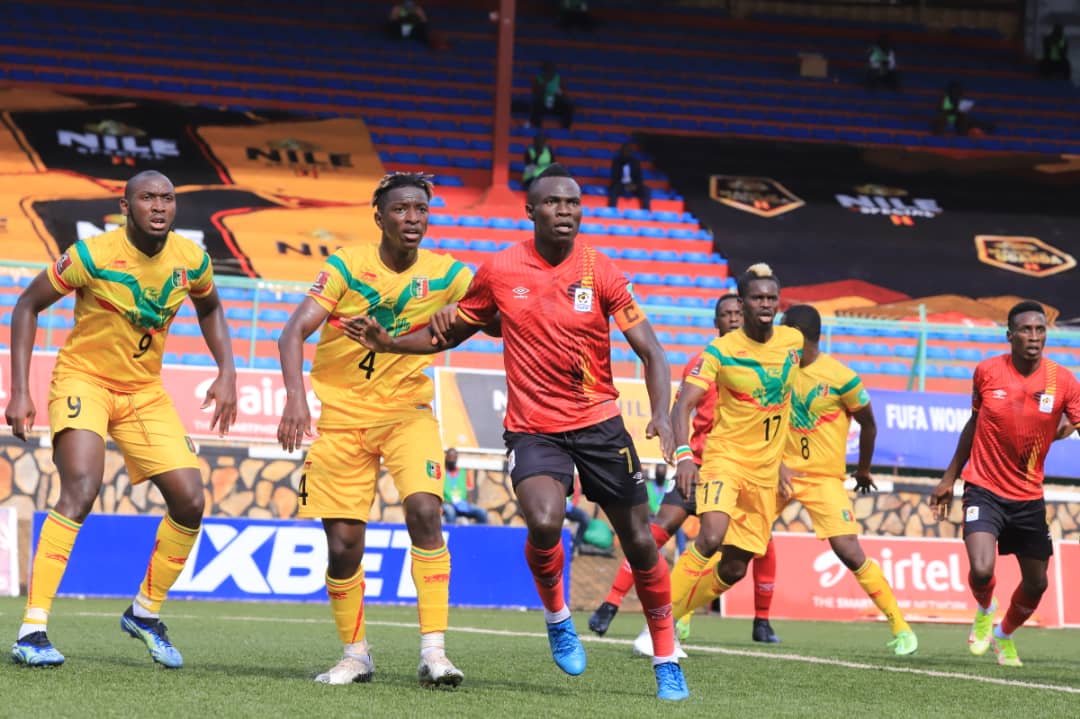 The Uganda Cranes held on with 10-men to draw 0-0 against Mali at the St. Mary’s Stadium, Kitende in their second 2022 FIFA World Cup qualifier.

For a second consecutive game, the Cranes once again put up a disappointing and poor performance to add on the misery from their goalless draw against Kenya on Thursday.

In what was Milutin ‘Micho’ Sredojevic’s first home game in charge since returning to the role in August, Uganda’s winless run was extended to 10 games.

Micho made three changes to his line-up. Goalkeeper Ismail Watenga was preferred ahead of Charles Lukwago, Enock Walusimbi kept his place in defense with Halid Lwaliwa ruled out due to injury.

In attack, Derrick Nsibambi started his first game since November 2020, replacing Moses Waiswa who dropped to the bench.

The Cranes had a positive start to the game, dominating spaces and suffocating Mali out of spaces in midfield, and calling goalkeeper Ibrahim Monkoro into action early on through Joseph Ochaya’s free-kick.

That was the host’s best piece of attack as the Malians built-up pressure midway through the first and started dominating possession.

The Cranes were on the receiving for much of the opening 45 minutes, with defender Murushid Juuko receiving a booking as he stepped in to stop one of the Mali attacks.

Watenga was also kept busy in goal as he claimed a number of crosses, and also clattered into defender Falaye Sacko as he did just enough to put him off from making clean contact with a corner kick.

With five minutes to play in the first half, Ibrahima Kone produced Mali’s best piece of play, but his curling effort from outside the box sailed over the crossbar by inches.

Mali continued dominating possession in the second half as the Cranes did just enough to deny them as much space inside their defensive third.

But Uganda’s efforts were made even tougher as they went down to 10 men in the 64th minute, as referee Ahmad Heeralall showed Juuko a straight red card for an elbow on Boubakar Kouyate.

Micho replied by bringing on two more defenders Kizza Mustafa and Innocent Wafula for Joseph Ochaya and Emmanuel Okwi in the 66th minute.

Uganda resumes its qualification campaign with a back-to-back clash against Rwanda’s Amavubi Stars in October.