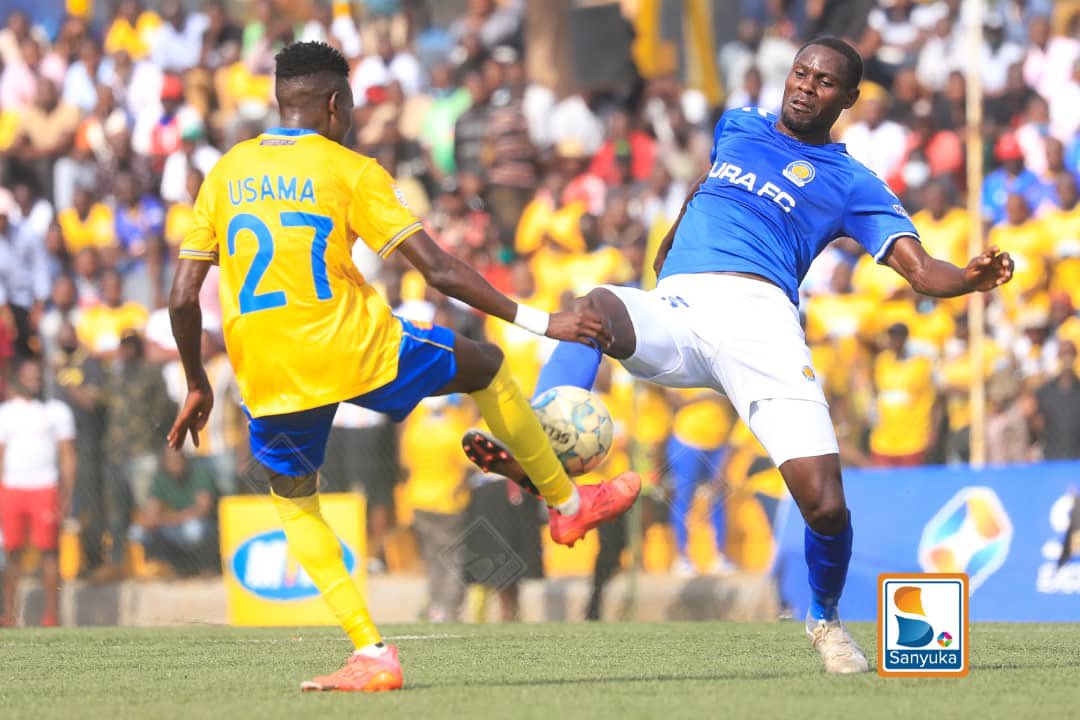 Patrick Kaddu scored his first goal for KCCA FC on his return to the MTN Omondi Stadium to help the home side register a crucial and sweet 1-0 victory over URA FC on Wednesday afternoon.

The Kasasiro Boys were intent on ending a run of six games without victory against URA FC, with the game also providing extra spice as it pitted second versus third.

With league leaders Vipers SC winning their early kick off against BUL Bidco FC, it set the tone for the game as either side needed three points to keep the leaders in sight.

But Morley Byekwaso’s men were dominant from the get go, pinning their visitors in their own half for long periods especially in the first half.

Kaddu produced the moment that eventually decided the game after only 96 seconds poking home from close range after the Tax Collectors failed to deal with a long throw-in.

The striker who scored the seventh goal in KCCA’s last victory over URA at Lugogo re-introduced his famous monkey dance as the crowed were in full voice behind him.

KCCA should have been well ahead by half time but Arafat Usama’s shot was blocked by Hudu Mulikyi while Rogers Mato spurn a glorious opportunity shooting straight at goalkeeper Alionzi.

Kaddu was also denied by a fantastic stop from Nafian, clipping his shot straight at the on-rushing goalkeeper when he was played through on goal from another classic counter attack.

URA had a better showing in the second half, dominating possession but had only two shots on goal, and none of them had goalkeeper Benjamin Ochan in a worry.

However, it is KCCA that could have added a second late on but Charles Lwanga heaved Yasser Mugerwa’s cross over the cross bar from five yards out.

The importance of the result was apparent to see at the final whistle as fans danced away while the team remained close on the pitch to jubilate with them.

KCCA move to 35 points, a point behind leaders Vipers, and are now seven points ahead of URA who stay third on 28 points.