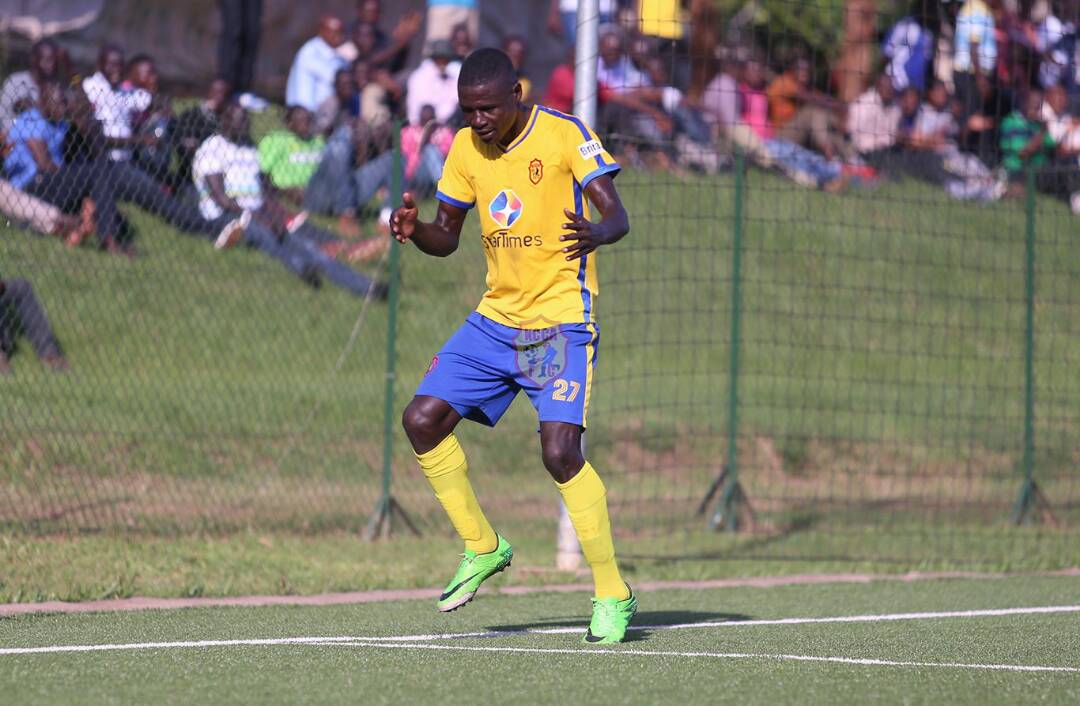 A well-known public secret has been confirmed this afternoon with KCCA FC announcing that striker Patrick Kaddu has completed a return to MTN Omondi Stadium on transfer deadline day.

Kaddu has signed a six months contract until the end of the 2021/22 season, after which KCCA has the option of extending his contract for a further two years if he pleases manager Morley Byekwaso.

The 26-year-old who left the Kasasiro Boys in 2019 on a reported USD 100,000 fee for Moroccan side RS Berkane, returns on a free transfer after a largely unsuccessful three-year period in the Maghreb region.

He spent only five months at Berkane, playing only seven games, scoring no goals before he was loaned out to Egyptian side Ismaily FC.

While Kaddu scored on his Ismaily debut, he would play only one more time for them before they decided not to exercise an option to make the move permanent.

Berkane eventually terminated his three-year contract after one year, with Kaddu joining another Moroccan side Youssoufia Berrechid at the start of the 2020/21 season.

He featured in 15 games in the Botola Pro League, scoring two goals before leaving the club in July 2021.

Kaddu, follows Erisa Ssekisambu, as the other player Byekwaso has managed to bring back to Lugogo in the current transfer window.

KCCA fans are excited about the return of the striker who spent three years, growing from an understudy and developing into a top striker in the league, scoring 14 goals in his final season there.

Overall, he scored 32 goals in 64 games, particularly finishing as the top scorer in the 2018 Uganda Cup.

The former Kiira Young FC and Maroons FC forward comes in at a time when KCCA FC has lost two forwards. Sam Ssenyonjo was sent on loan to Wakiso Giants FC until the end of the season, while Brian Kayanja is out for the rest of the season.

Kaddu is expected to make his second KCCA debut in Thursday’s explosive rescheduled match with Onduparaka at the Bombo Barracks Grounds in Bombo.