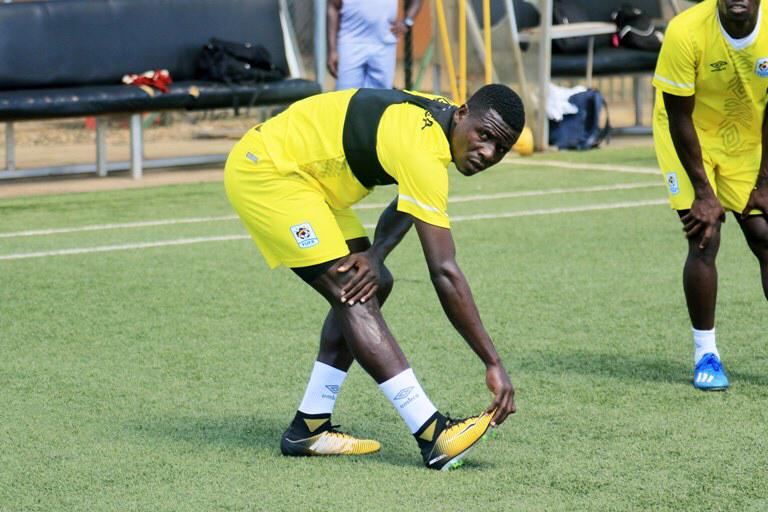 Morocco-based striker Patrick Henry Kaddu believes he can replicate the performance he put up about two years ago if given a chance to play against Burkina Faso this Wednesday.

Uganda is set to host Burkina Faso at the St. Mary’s stadium, Kitende in a Group B encounter of the 2021 AFCOB qualifiers.

Kaddu is much remembered for the only goal of the match against Cape Verde in 2018 that sealed Cranes’ qualification to the AFCON 2019 finals in Egypt.

Howvere, the striker who features for Morocco’s Youssoufia Berrechid on loan from RS Berkane, has not been summoned to the Cranes since the 2019 AFCON finals.

“I am happy to return to the Cranes squad. It is every player’s dream to play for the Cranes. I want to promise to do my best like I did in 2018 to see Uganda qualify. What is important though is the team result and not me as a person. We are going to work as a unit and the team is in high spirits,” noted the former KCCA and Maroons FC striker who made his Cranes debut in 2018 during the 2019 AFCON qualifiers against Tanzania.

With 8 points, Burkina Faso leads the group B while Uganda is second after 4 games. Malawi and South Sudan come third and fourth with 4 and 3 points respectively.

How to overcome Women upon Local Connect Sites