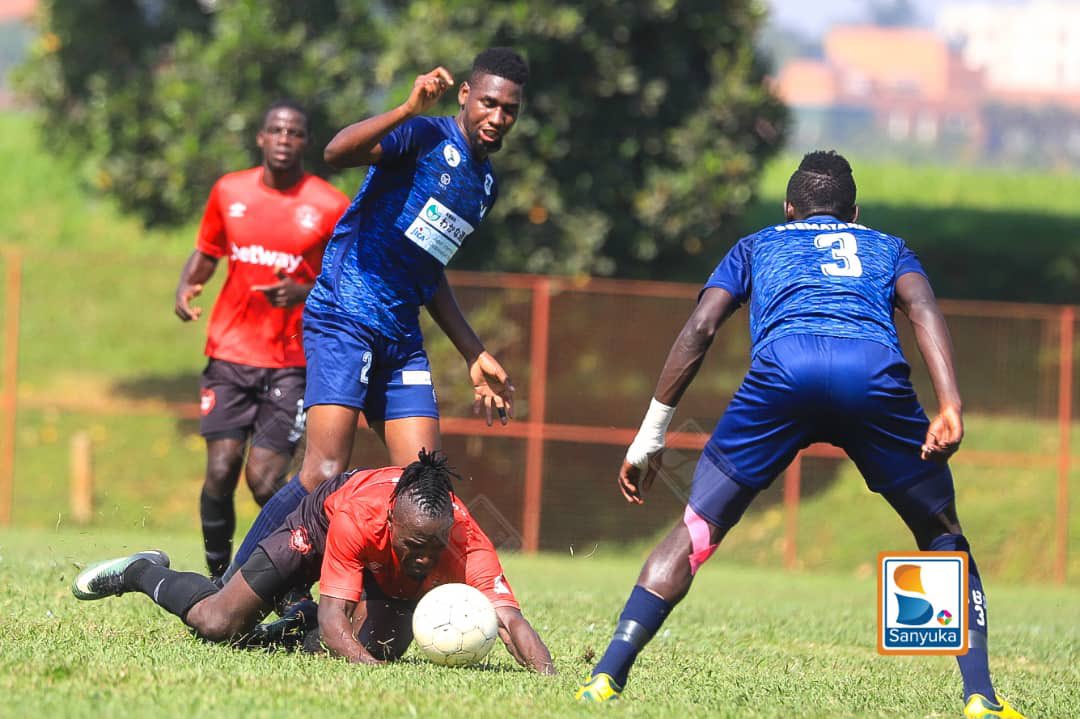 Substitute Omwony Denis Kaka scored a dramatic equaliser in the 90th minute for Bright Stars to deal a major blow to Express FC’s hopes of keeping pace with KCCA and Vipers SC at the top of the StarTimes Uganda Premier League table.

In a close encounter at the Betway Muteesa II Stadium on Friday, the Champions had more of the chances and looked on course of moving to two points behind league leaders KCCA when George Ssenkaaba bundled in his second goal of the season.

Ssenkaaba provided an unconventional finish on a glancing header from Eric Kambale who connected with Godfrey Lwesibawa’s corner.

Wasswa Bbosa’s side looked like they had survived a storm of late Bright Stars pressure, with Nelson Ssenkatuka failing to punish them for lethargic defending even after rounding the goalkeeper, Joel Mutakubwa.

But Kaka did not make any mistake from another moment of defensive mix up between captain Enock Walusimbi and Mutakubwa, latching onto Marvin Joseph’s long ball before tucking into an empty net.

The result is a major set back for the champions, who not only conceded for the first time in seven games, but also remain four points behind KCCA who have played two games less.

At the midway point of the season, Express are third on the table, on 27 points but the difference could be bigger should KCCA or second placed Vipers win both their games in hand.

Bright Stars moved out of the relegation zone for the first time this season with that point that takes them to 11 points, a point ahead of Onduparaka who host Tooro United on Saturday.

In the other league game played at the Gadaffi Arena in Jinja, Yunus Sibira scored in stoppage time for the second game running to hand Gadaffi FC a 1-0 victory over Wakiso Giants.

The victory means the Soldier Boys move to three points behind Wakiso Giants in sixth position.