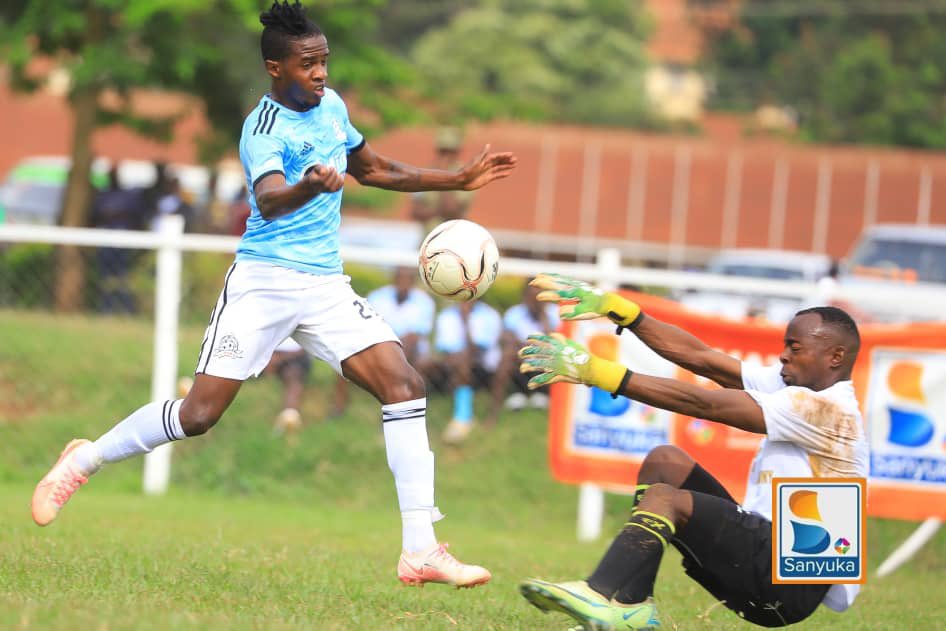 Milton Karisa scored twice as Vipers SC moved back into second in the StarTimes Uganda Premier League with a 3-1 win over Gadaffi FC at the Gadaffi Arena in Jinja.

After an end to end opening 15 minutes, it is the hosts that had the first real opportunity of the game, but James Otim’s diving header from Hassan Musana’s cross agonisingly bouncing off the cross bar.

Vipers then took the lead in the 32nd minute when Karisa raced onto Cesar Manzoki’s glancing header and then dinking the ball over the goalkeeper.

The Soldier Boys had a penalty appeal turned away after Joel Madondo’s effort striking captain Halid Lwaliwa’s arm, but referee William Oloya was not convinced only awarding a corner kick.

The hosts were not down for long as Jamaldin Buchochera pounded in Musana’s delivery from the resulting corner in the 39th minute.

However, a minute later, the Venoms were back in the lead, Karisa controlling a long ball from Bobosi Byaruhanga and then tucking in his second on the day.

Bright Anukani then grabbed his first goal for Vipers with a blinding strike from a free kick from just outside the box.

In the second half, there was a hugely welcome return for Allan Kayiwa who was given his first minutes since playing seven minutes against Bright Stars in May.

Vipers returned to the dressing room to learn that title rivals KCCA had also won their game against BUL FC, ahead of their meeting on Sunday.

Goals from former Vipers defender Innocent Wafula, Davis Kasirye and Charles Lwanga helped the Kasasiro Boys to a 3-1 victory at the MTN Omondi Stadium in Lugogo.

Vipers head into the mammoth encounter with 16 points, six points behind KCCA who are the only unbeaten side in the league after eight games.