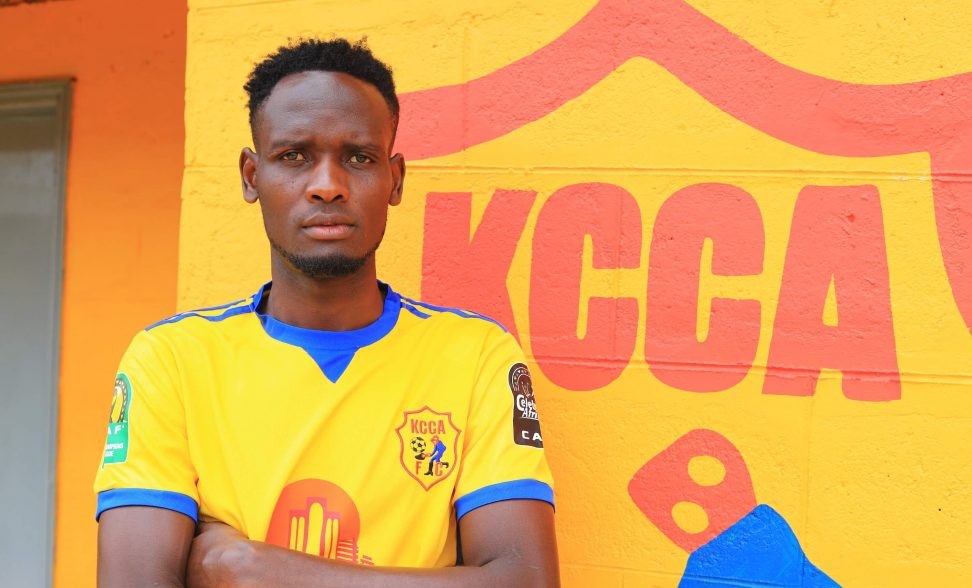 New KCCA FC signing Davis Kasirye has hailed his move to the club, and believes that the ‘dream move’ can help him rekindle his career that seemed to have stalled over the past 24 years.

Kasirye joined 13-time Uganda Premier League champions on a free transfer from UPDF FC and signed a one-year contract with an option of another year.

The 26-year-old played nine times for UPDF in the 2020/21 Uganda Premier League season, scoring only once.

“I am really grateful and very happy with the opportunity handed to me because it has been long minus offering what my talent can see me offer,” Kasirye told the club’s website in his first interview.

“It is a dream come true because it has been long since I wanted to play for this club, to offer my services and also help myself get back to my best level,” he added.

The burly forward confirmed that he had suffered with mental issues, and went through the lowest point of his life as his career took a huge stumble.

Kasirye also said that he cannot wait to prove once again that he is top quality even with the weight of expectations that may come along with the move.

“I am coming back from a low point in my life due to certain challenges, but I would really love to help the team and give the team my best attributes, scoring goals and also helping my teammates,” Kasirye said.

“I honestly cannot wait to get started and win things for this club, as well as help it get back to big competitions like the CAF Champions League.”

“I know the pressure will come on me to perform. I know the fans will expect a lot from us. Therefore, they should expect a hardworking person, and I know I will push to my limits,” he continued.

Kasirye was among the first names that were linked to KCCA, but the deal has been completed late on in the transfer window after it took some resolve and convincing from the club to hand him a contract.

The Kasasiro Boys have already parted company with forward Juma Balinya under mutual consent, and the 2018 UPL topscorer required replacing.