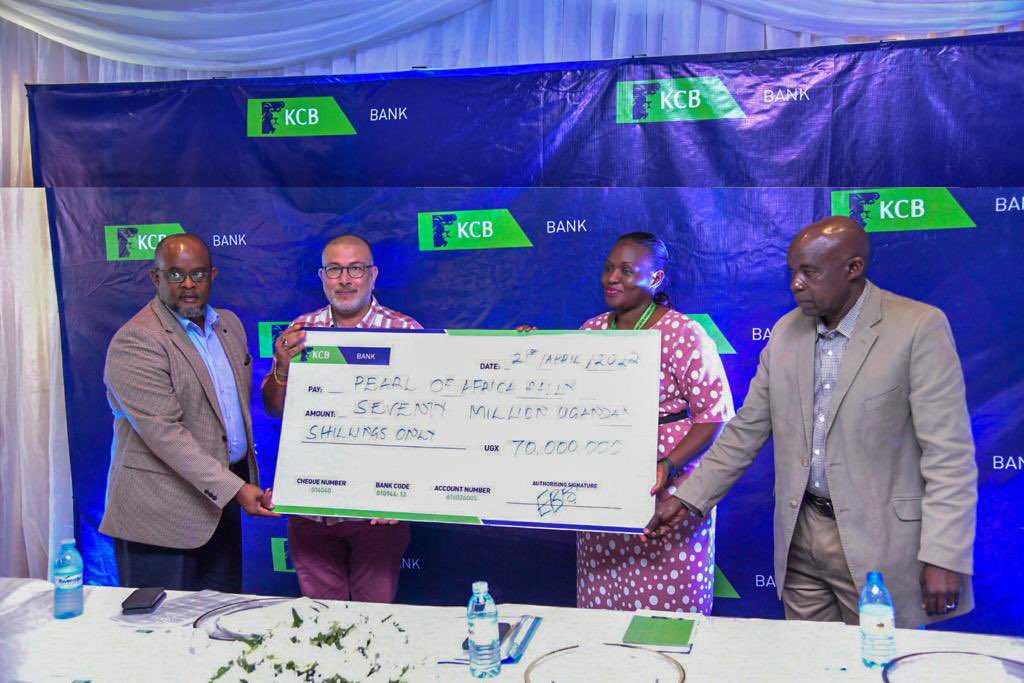 KCB Bank Uganda has announced a UGX 70 million sponsorship package towards the 2022 Pearl of Africa Uganda Rally (POAUR). The announcement was made on Thursday morning in Kampala.

The POAUR will run for the first time since the outbreak of the COVID-29 pandemic, and will re-off from May 6-8 in Lugazi, with some of the best rally crews from Kenya, Burundi and Uganda expected to grace the event.

“We believe this contribution will greatly support the preparation and execution of the planned activities that will build-up to the week when the rally is scheduled to happen.”

Ssempebwa added: “KCB Bank Uganda recognizes the efforts by FMU toward growing the Motorsport in the country by professionalizing it both locally and at a regional level.”

“We thank the association for giving us the opportunity to take part in initiatives that not only bring the communities together as they rally behind those they support but contribute to the country’s socio-economic development,” Ssempebwa concluded.

The deal cements the Bank’s footprint in supporting sports which cuts across various disciplines including motorsports, golf, athletics, chess, rugby, volleyball, and football.

The bank is keen on further deepening its contribution towards sports in the East African region, as a way of supporting communities and building a critical mass of sporting talents.

“It will help us in the organizing of this year’s rally and we call upon Ugandans to come and support the participants by rallying behind them.”

Ruparelia further revealed, “The Motorsport has advanced and we are glad to see some of our drivers participate in regional rallies which wouldn’t be possible if there was no financial backing from partners like KCB Bank Uganda.”

“Therefore, we call upon more organizations to support the industry so that it can continue to grow.”

The rally will cover a total 513 kilometres with a little over 212 kilometres covered competitively over nine sections over two days while there will be 197 kilometres as the liaison distance.