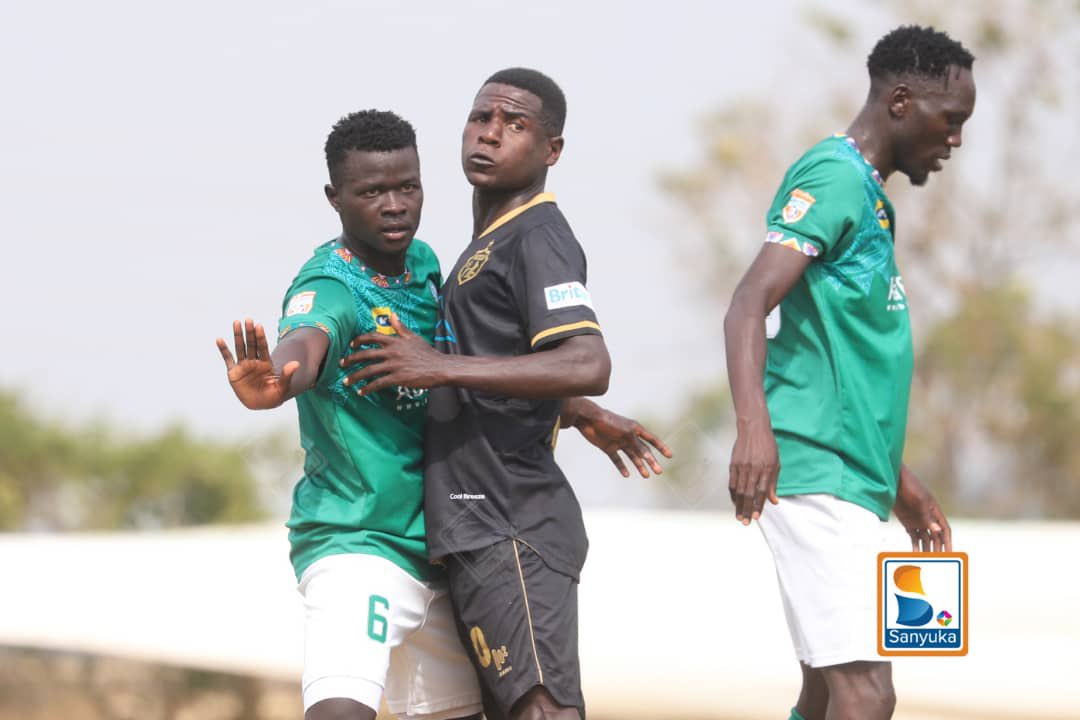 The drama, controversy and legal back and forth that engulfed the fixture between KCCA and Onduparaka for weeks led to an unprecedented replay for a game that was affected by hooliganism.

The Bombo Barracks Grounds for rather obvious reasons provided a safe haven for the fixture that was initially scheduled to be played a couple of miles away in Arua.

After a hotly contested 90 minutes, the two teams settled for a 1-1 draw as KCCA relinquished top spot to title rivals Vipers SC.

The Kasasiro Boys, playing under ‘protest’ over the decision to have the fixture replayed despite the competition rules stating otherwise, also decided to play in their black kit to represent their anger.

But it is the Caterpillars that started the game better, using their pace and utilising the pace on the wing to find outlets through the KCCA defence that also had Filbert Obenchan make his second full debut for the club.

However, KCCA managed to take take the lead against the run of play in the 18th minute. Denis Iguma’s made a clever run at the near post to meet Gift Ali’s corner, with his looping header creeping into the far post.

Iguma’s celebration pretty much summed up the feeling of the players and everyone involved with the club, but at the moment they seemed yo care less.

Morley Byekwaso’s side turned the wave, and started to show their threat especially through their striking partners Patrick Kaddu – making his second debut at the club – and Davis Kasirye.

KCCA deliberately played through the wings and delivered crosses for the two to attack. And they each had close chances with Kaddu placing his header inches wide of the upright, while Kasirye headed straight at goalkeeper Micheal Kagiri.

But KCCA’s joy would not last till the half time break, as a break down in communication between Obenchan and Benjamin Ochan saw the former head a long ball over his goalkeeper.

The second half saw chances created at a premium. Shaban Muhamad put the ball in the back of the net but it was ruled off for offside, while Ronald Mubiru failed to finish from close range.

KCCA’s best chance came in the 88th minute, a brilliant move between Kaddu and Sadat Anaku set up the latter who put his effort onto the upright.

KCCA end the first round of the StarTimes Uganda Premier League with 32 points, a point behind current leaders Vipers while Onduparaka stay 13th but move to 14 points, three points above the relegation zone.