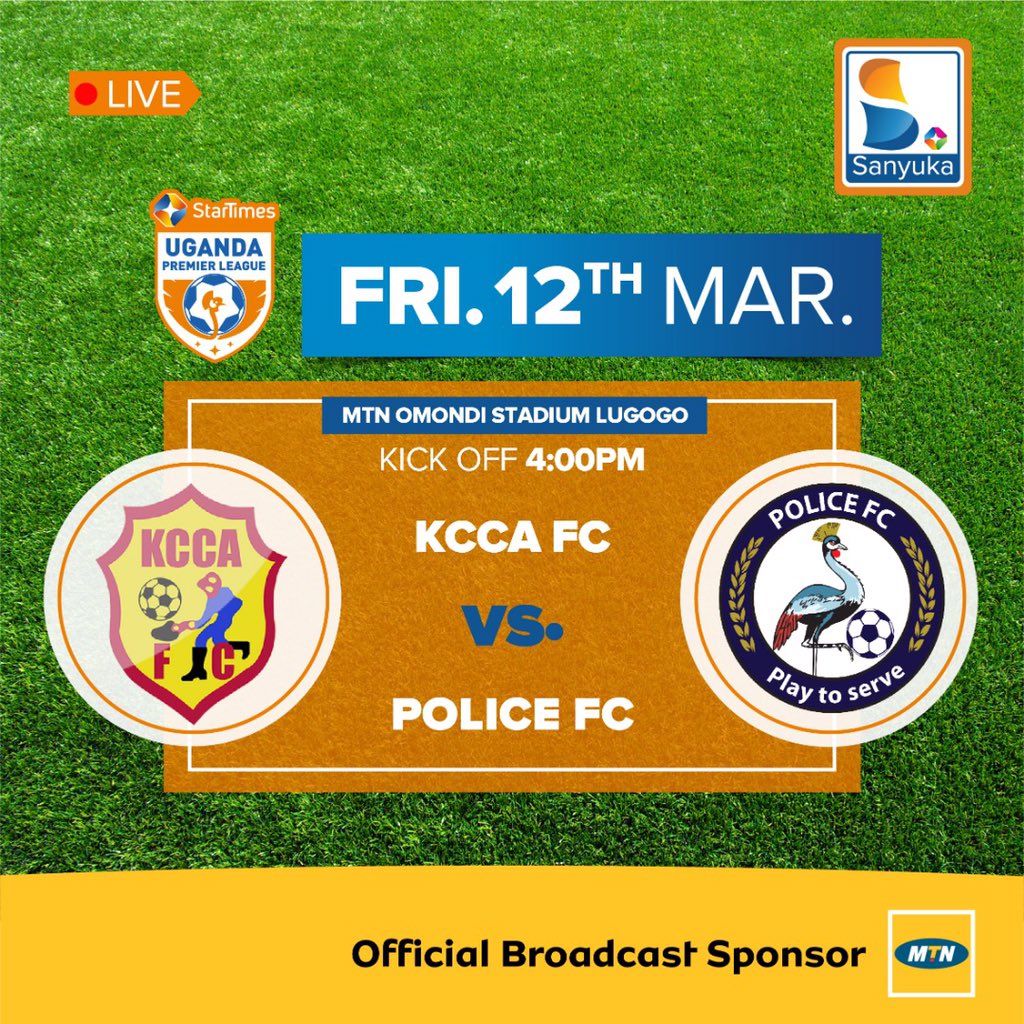 The Lugogo derby is set for today as the Mike Mutebi’s KCCA FC take on Police FC at the MTN Arena in Lugogo.

The Kasasiro boys look to have regained their winning touch with four wins in a row but the visitors who were promising during the early stages of the competition are currently staggering and lost 2-0 to URA FC at home in their last game.

Mutebi plays down suggestions that this is a derby.

“The match doesn’t qualify to be called a derby because the two clubs are not from the same location only that we share the stadium. I rather call it a rivalry. Police plays a good game just like we do and I expect the fans to enjoy. On our side, we want to continue winning and I hope for better results,” Mutebi said during a pre-match press conference.

The hosts are boosted by the return of Gift Ali and Ashraf Mugume, but defender John Revita remains a long term absentee.

The visitors welcome back young star Derrick Kakooza from AFCON U20 engagements but will miss out on their talisman Ben Ocen in addition to Samuel Kayongo,, Fahad Kizito, Herman Wasswa, and Eric Senjobe.

KCCA FC is 4th on the table with 26 points while police is 5th with 24 points and a win for the hosts moves them to the 3rd while the reverse displaces them to the 5th giving way to the visitors.

In the other game today, MYDA host UPDF in Tororo.