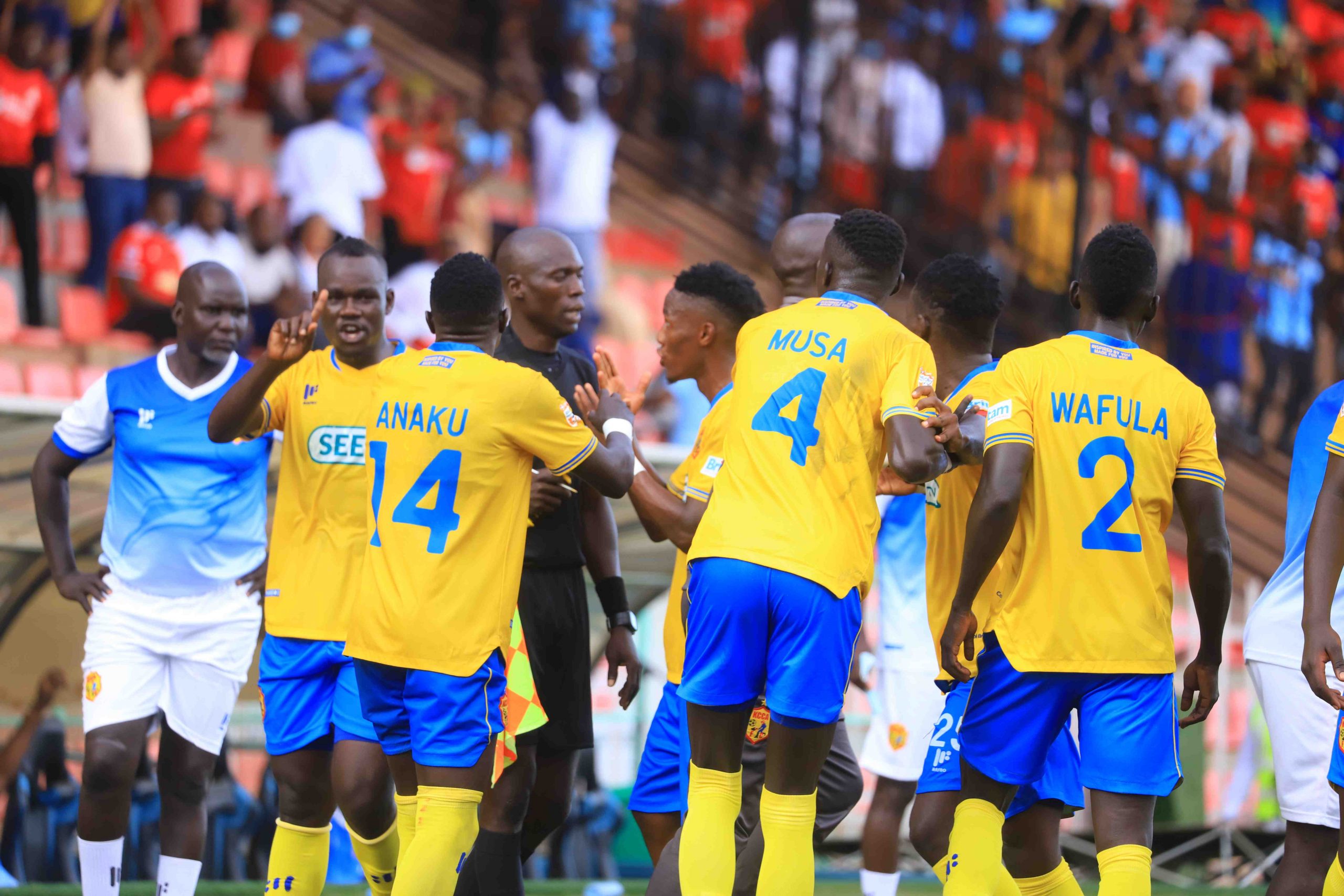 The Federation of Uganda Football Association (FUFA) Disciplinary Panel has slapped multiple fines on league leaders KCCA FC for misconduct during their grudge match against Vipers SC on Sunday.

According to a decision communicated, up to four players and head coach Morley Byekwaso have been handed individual bans and fines after they were found guilty of attacking assistant referee Dick Okello.

While the players felt the ball had not crossed the line after it came off the cross bar, the referee signalled for a goal with broadcast replays also confirming that his decision was indeed correct.

The quartet was slapped with a two-match ban and were also given a suspended fine of UGX 500,000 each.

“The four will serve a two-match ban and also have a suspended fine of UGX 500,000 each,” the statement said.

It means that the four players will not be available for their game against Police FC at Lugogo on Friday and then the Kampala Derby against SC Villa next week.

Byekwaso’s problem will be in covering for the banned players, specifically how he replaces Mugume who has started every league match this season.

Meanwhile, Byekwaso – who on Wednesday morning was voted the Pilsner coach of the month – was handed a UGX one million fine for his comments after the game, where he questioned some of the referees’ decision.

Assistant coach Moses Oloya only escaped with a slap on the hand as he received a caution for his involvement in the incidents.

“In the same breath, KCCA FC head coach Morley Byekwaso will pay a fine of UGX 1,000,000 for his comments after the game,” FUFA’s Disciplinary Panel communicated.

“Goalkeeping Coach, Moses Oloya has been issued with warning and cautioned about incidents that put the game into disrepute.”

The club themselves were handed a UGX one million fine for the conduct of its fans during the game when they threw water bottles to the field, disrupting play in the 35th-minute.