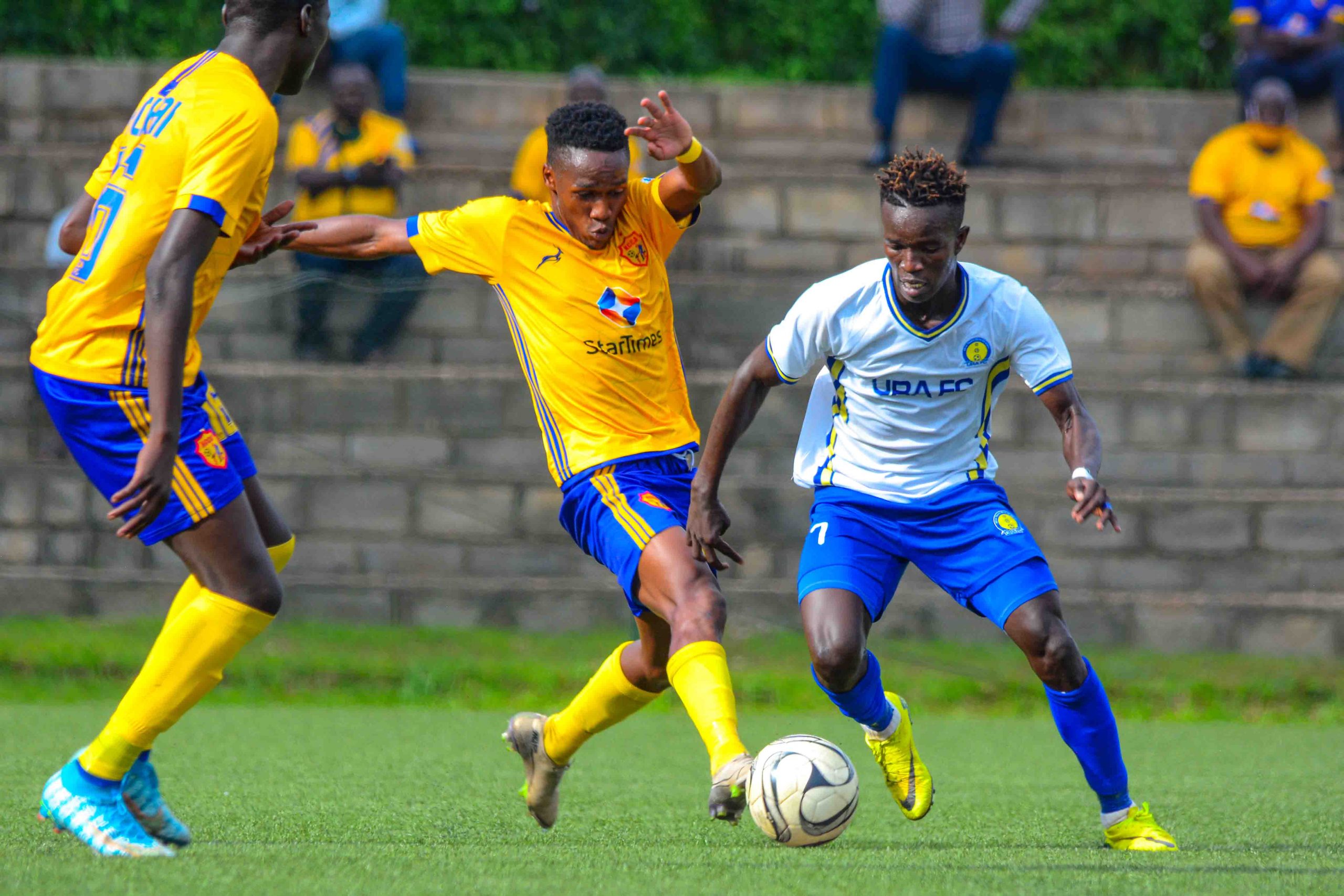 Two of the biggest club sides in the country lock horns in a tantalisng StarTimes Uganda Permier League encounter at the Arena of Visions in Ndejje on Saturday as URA host KCCA FC.

The two power houses – expected to be in the thick of the title fight – have had contrasting fortunes this season. Morley Byekwaso’s side have been outstanding so far. They sit top of the league and are the only unbeaten side in the division.

The Kasasiro Boys have won nine of their opening 13 games of the season and will be aiming to consolidate their position and unbeaten run against the Tax Collectors who have faltered thus far.

KCCA have the joint best defensive record in the league, conceding only eight goals and have continuously shown the character and grit to grind out results, edging Mbarara City with a 1-0 victory on Wednesday.

And Byekwaso recognises that in a title race where the likes of Vipers and champions Express not far behind, KCCA have to grow a tough skin if they are to maintain their grip on top spot.

“The game we are going to play tomorrow is a hard game,” he said ahead of the game on Friday.

“We face a side that has been giving us problems in the past 3 seasons. They have got good players and coaches but we have to show top character and attitude and show that we want it more than them.”

Standing in their way is URA who are in the midst of muddle having won only one of their previous seven league games.

URA came within two points of the title last season, but have failed to reach the lofty standards they set last term. After 12 games played, URA has won only four games and have drawn seven games.

Even more concernin about URA since Sam Timbe replaced Sam Ssimbwa, URA has conceded 12 gaols already yet they only conceded 18 goals in 26 games last season.

KCCA’s unbeaten run has become a source of envy for their rivals who want to be the ones that end it. But Timbe acknowledges they have to match that level than rely on their record against their visitors.

“KCCA has been quite a hard nut to crack this season. They don’t concede a lot but do score more, we need to be wary of this fact coming up against them,” Timbe highlighted during his pre-match conference.

“They have so far been the team to beat in this first half of the season not only because of their good defensive record, but also their ruthlessness in front of goal.”

“It will therefore be a requirement for all departments in our team to be well disciplined and lethal while on the pitch. Most importantly though, we need the team to show undistracted concentration from the first whistle of the game,” he added.

“We aren’t playing well enough to be totally honest to the extent that we have only managed a win against Mbarara City in our last seven. We have drawn six games and it isn’t good enough for us.”

“We might have a good record against KCCA in the last few games but that doesn’t give us the liberty to be complacent. We need to approach the game with the same kind of aggression I saw in training this week,” he summed.

In the last 22 games played between both sides. KCCA FC has won six, URA FC ten and both sides have shared spoils six times.

Both KCCA FC and URA FC have scored 30 goals in the last 22 games played by both sides.

The Tax Collectors have not lost a single game to KCCA in the last five meetings between the two, the former has won a whopping four games and registered a draw.

Innocent Wafula is back in the squad. The defender missed the previous game due to illness. Gift Ali will undergo a late fitness test that will determine his inclusion in the squad tomorrow.

Filbert Obenchan will make his first trip with the club since his return. Julius Poloto and Dominic Ayella commenced light training this week. The pair stepped up their recovery but are not available for the game.

Yasser Mugerwa will miss the game due as a medical caution. The attacking midfielder complained of discomfort in his thigh.

Loro Mazengo, Kizza Bukenya, Andrew Kawooya, Charles Lwanga and Peter Magambo, are ruled out of the game against the tax collectors due to illness and injuries.

Derrick Ndahiro, Ibrahim Dada and Hudu Mulikyi return to the squad after a number of weeks side lined with injury. The latter last featured for URA away to SC Villa, at the FUFA Technical Centre, Njeru.

Benjamin Nyakoojo is still side lined after his injury against Gaddafi while URA’s top scorer so far in the season, Cromwell Rwothomio will seat this out as he serves a suspension due to the accumulation of cards.