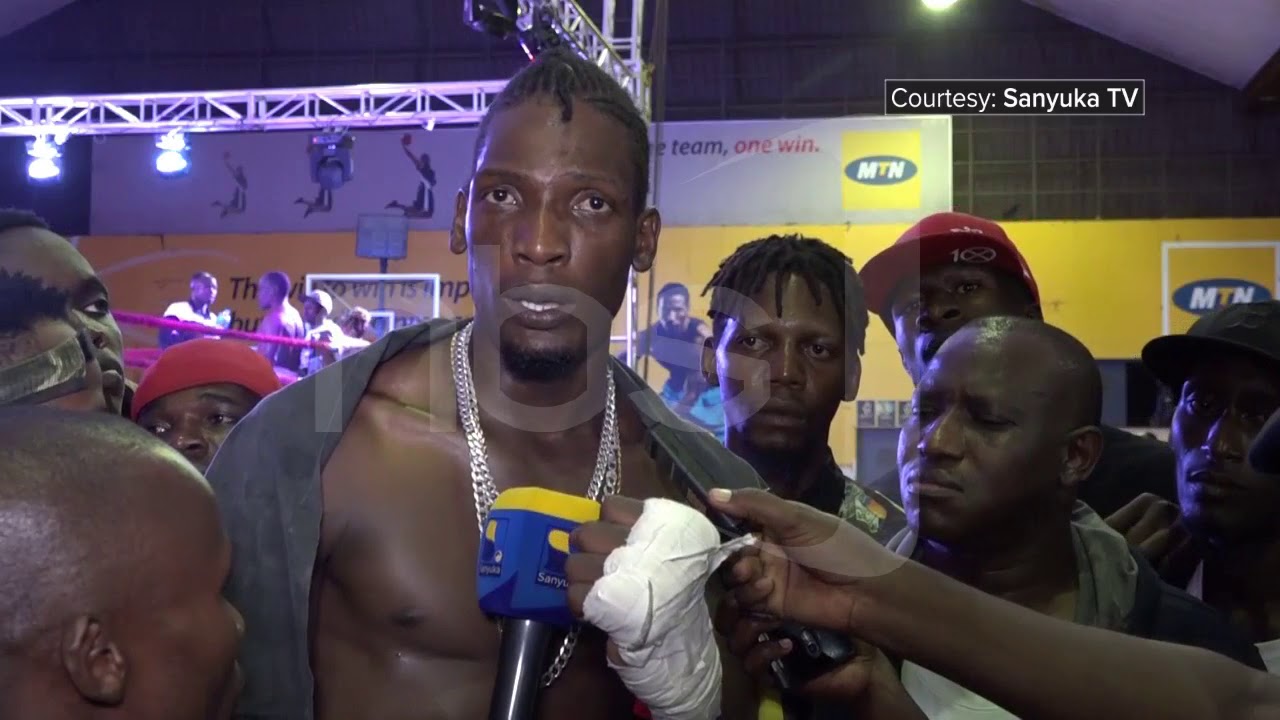 Shafik Kiwanuka popularly referred to as the killing machine

WBF Africa heavyweight Champion Shafik Kiwanuka, popularly referred to as the Killing Machine, is back in the ropes for another high-profile title contest. Shafik who punished Zimbabwe’s Thamsanqua Dube in December 2019 to clinch his maiden African title, is set to stretch his jabs against America’s veteran boxer Oliver William McCall in the UBC International Championship title.

Shafik was meant to face Egypt’s Abdallah Samy Aly Ibrahim at the International University of East Africa (IUEA) auditorium in Kansanga earlier this year on 29th May, could not have his dream come true due to the COVID 19 pandemic that saw all sports activities banned but since there are positive signs of a return of sports activities, the boxer has his eyes set on veteran boxer Oliver William McCall with the fight set for April 2nd, 2021 at Kololo Airstrip.
Kiwanuka says he is set for the fight since he was training even during the COVID 19 pandemic.

“The Killing Machine is ready as you always know. I am in shape since I have been training even during the lockdown and am still training too hard with my coach Abdul Tebazalwa the title is for us,” Shafik Kiwanuka said.

Kiwanuka, an old boy of Kampala Boxing Club and a language student at the International University of East Africa started his professional boxing career in 2019 and maintains a perfect record having won all his three fights.

The man he is facing is a former sparring partner of the great Mike Tyson and boasts a wealth of experience having made his debut way back in 1985, making a total of 74 fights, 58 wins, 14 losses, and two no contests but Sam Buchanan the chairman Great Strikers International says that it is a good opportunity for his boxer to be exposed to the international world.

“We want to expose and market Shafik so that he can attract bigger fights and our target is winning a WBC title on home soil and I know it is possible because Shafik is talented and determined,” Buchanan said.

Oliver William McCall is an orthodox boxer a resident of Corpus Christi, Texas, USA, and is a former WBC heavyweight title-holder the title he won in 1994 after knocking out Lennox Lewis in the second round.

Getting hold of Yourself — How to Find Take pleasure in