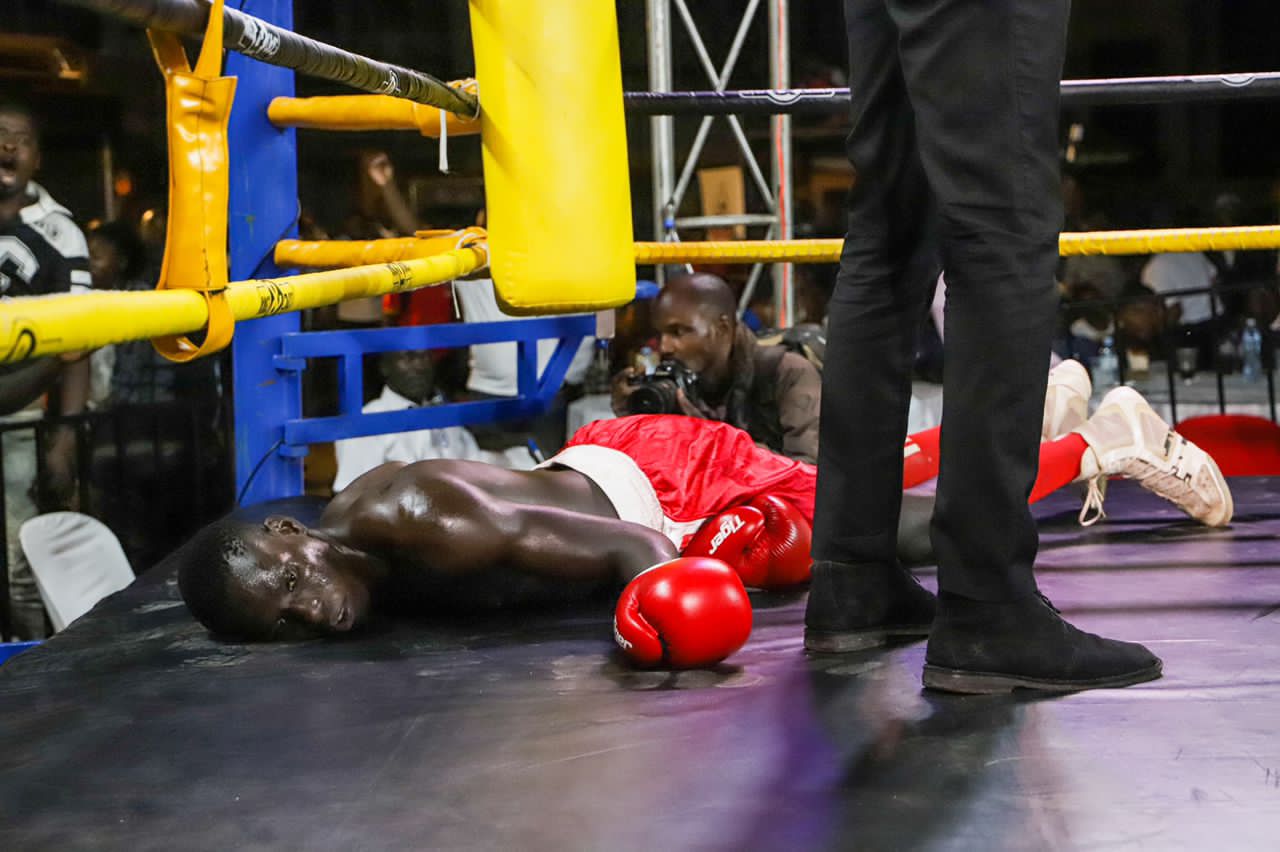 With more artistes, politicians and celebrities in attendance, it is one piece of entertainment that not only brings masses but also keeps many glued on Sanyuka TV during live broadcast.

During week 11 of the competition at the Club Obligato-Bombo Road last Saturday, still the Light welter weight category proved to be the fountain of knockouts.

The technically gifted boxer knocked out Mutyaba Colline (Zebra boxing club) inside the opening minute of the first round of the five.

Kimera threw a counter right jab before he unleashed a dangerous left hook to send Colline down sleeping for the referee to call doctors. It is the fastest knockout of the competition so far.

“He talked a lot and I promised to teach him,” Kimera chest thumped following the eye-catching victory.

The loser meanwhile will rest for not less than a month but he is not broken: “Winning is great but if you are really going to do something in life, you must learn how to lose.”

“Nobody goes undefeated all the time. If you can pick up after the crushing defeat, never give up,” he posted on his social media Facebook account.

Joshua Tukamuhebwa leads the table with 9 maximum points, Kimera comes second with 6 points while Mutyaba and Pius Siriro come last with 3 and no points respectively.

The UBF Champions league continues with week 12 next Saturday at the Lugogo Arena with 12 bouts on the card.

Matovu Ukasha and Owen Kibira renew their welter weight rivalry in the much anticipated main bout after the previous bout ending in a draw.

Searching for Arrangement — How to Find a Sugar Baby

Precisely what is the Best Online Dating Site?

Methods to Date a lady