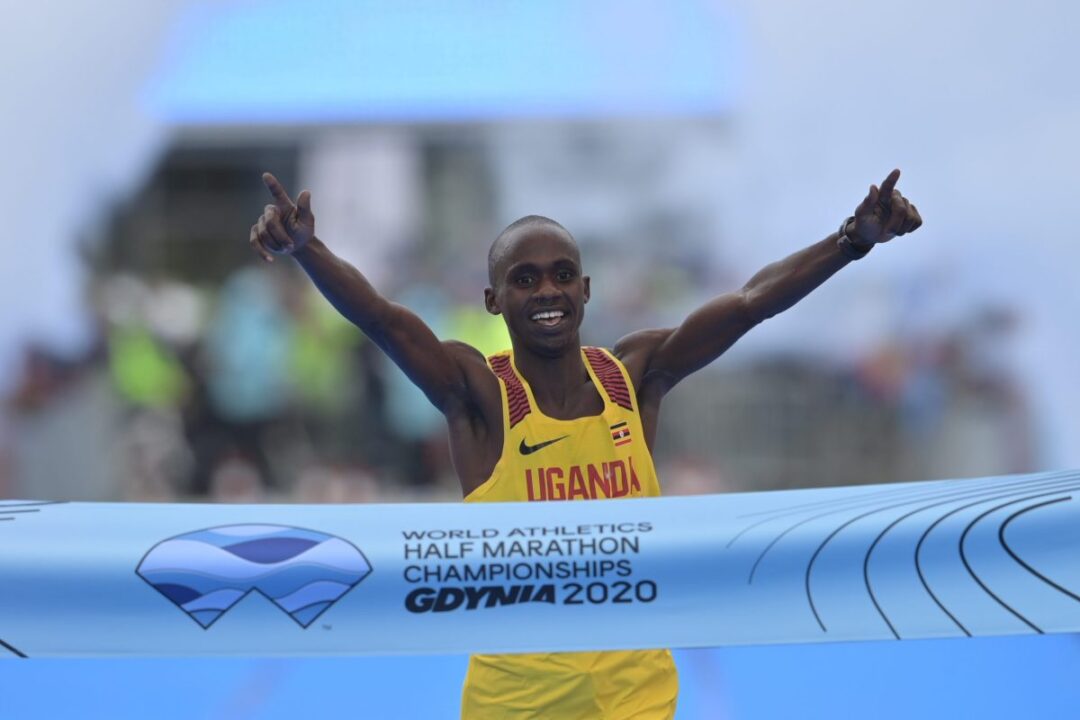 Jacob Kiplimo stamped his mark as the fastest man in the world in the half marathon with a splendid run at the 30th EDP Lisbon Half Marathon in Portugal on Sunday afternoon.

The Olympic 10000m bronze medallist sliced one second off Kibiwott Kandie’s world record of 57:32 that was set in December 2020, finishing the race at 57:31 minutes.

Kiplimo ran a perfect race leading from start to finish and finish well clear of the rest of the field to bag cap his most prolific race with a cheque worth 100,000 Euros (over UGX 400 million).

The 21-year-old who came second at the event in 2019, six seconds behind the Kandie, broke the field after three kilometres, controlling the race from there on, passing the five-kilometre mark in 13:40.

He then crossed 10 kilometre in 27:05 and 15 kilometre in 40:27 as he cruised to astonishingly finish almost half a mile and more than two minutes ahead of everyone else.

Ethiopia’s Esa Huseyidin Mohamed and Gerba Beyata Dibaba finished second and third, stopping the clock at 59:39, while there was other six athletes who finished below the hour mark.

Kenya’s Moses Tanui was the first runner in history of the 13.1-mile race to break the one-hour barrier in 1993 when he clocked in at 59:47 in Milan.

Haile Gebrselassie upped the pace running below 59 minutes in Tempe in 2006 with 58:55. Four years later, Eritrean Zersenay Tadese further sliced the world record to 58:23 in Lisbon.

Tadese’s record would stand for eight years before Abraham Kiptum ran 58:18 in Valencia 2018 to start a run of consistent improvements to the world record time.

This was the 5th Half Marathon world record this year between men and women.

How you can find a Bride Internet

Methods to Date a lady