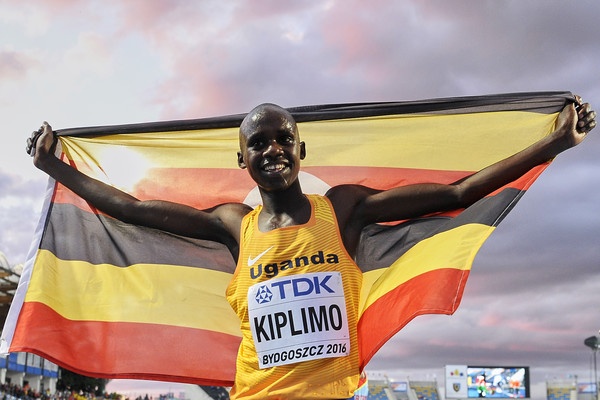 Kiplimo’s record breaking performance at the Portugal half-marathon in Lisbon was among seven athletes from different disciplines that received recognition for their outstanding performances last month.

Among the sporting disciplines that were rewarded on Wednesday morning included football, netball, woodball, badminton, golf and cricket.

Kiplimo shoved one second off the previous half marathon record set by Kenya’s Kibiwott Kandie in Valencia in 2021.

The Olympic bronze medallist ran the 21-kilometre course in 57 minutes 31 seconds, beating the rest of the field by at least two minutes.

For the November accolade, Kiplimo beat Victor Kiplangat, the winner of the 43rd Istanbul Marathon and Immaculate Chemutai who finished third at the Abu Dhabi Marathon.

Najjemba was rewarded after scoring eight goals in November at the inaugural Women U20 CECAFA Championship, a tournament where she also finished as top scorer with 11 goals.

Harriet Nakayima who was also a bronze winner in the SL4 category and Hassan Mubiru who reached the quarter-finals in the SL$ category were also nominated.

Riazat was named the Most Valuable Player at the Africa T20 qualifiers in Rwanda, where he was man of the match against Nigeria and Kenya and scored 100 runs, six wickets 8 with an economy of 7.69 From 6 games.