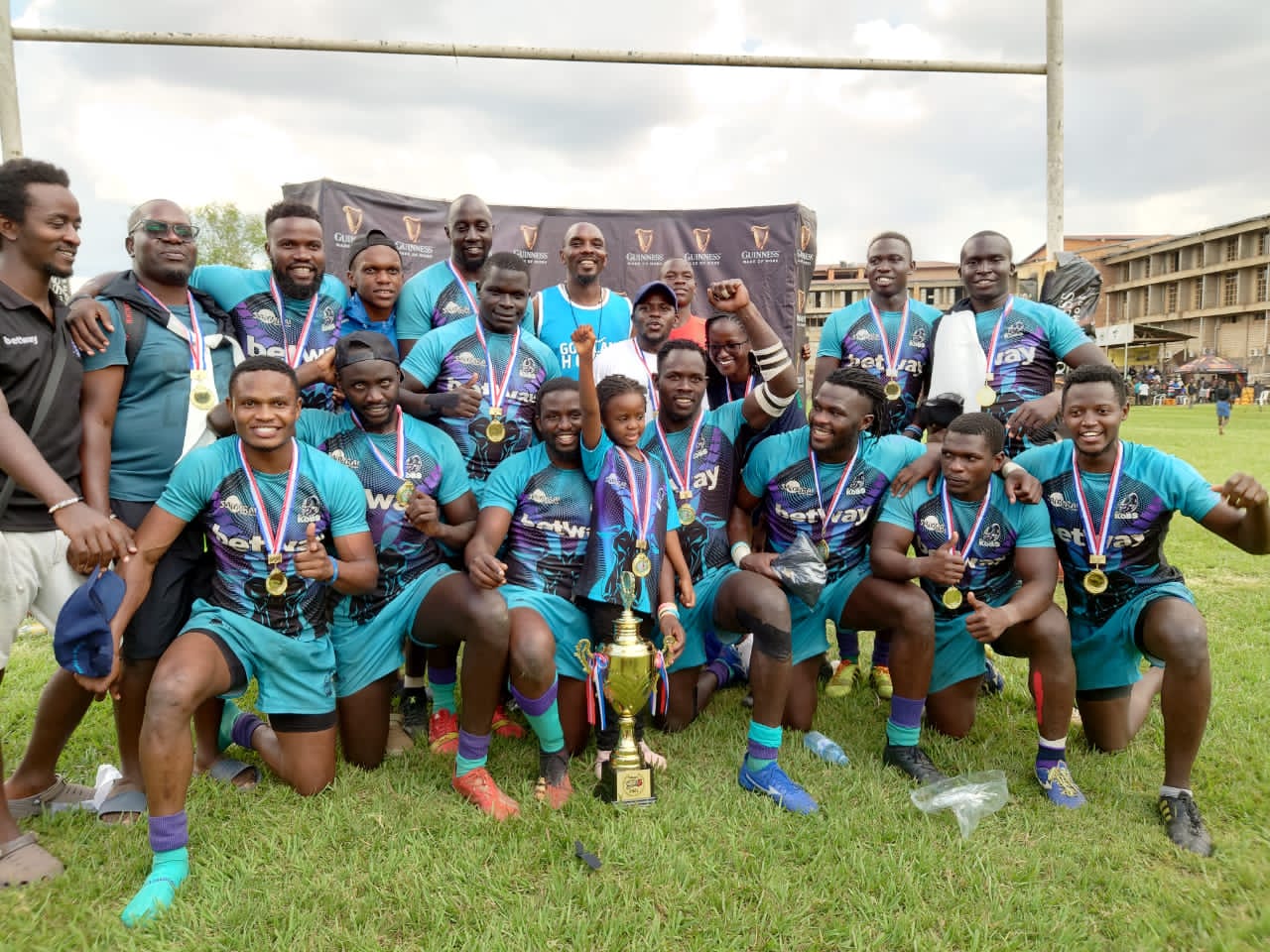 The Betway Kobs had a perfect start to their defence of the Guinness National Rugby 7s series as they cruised to victory at the Mileke 7s circuit –– over the weekend.

The Kobs steam rolled through the early stages of the tournament on Saturday, but had to dig deeper as they edged rivals and challengers Pirates 21-17 in a close final at Legends Rugby Club.

The Mileke 7s tournament marked the first time a Rugby 7s tournament was organised since 2019, and for the 2021 series, the organisers decided to hold the tournament in a two-day format to meet international standards.

Lead by Joseph Aredo who was named as the Mileke 7s MVP, Kobs stormed through their group A with victories over tournament hosts Warriors, Rams and Jjengo to reach the quarter-finals.

In the last eight, Kobs side stepped Mongers and Heathens in the semi-finals to set up an enticing final against 2019 runners up Pirates who had progressed from group B with victories over Jaguars (46-00), Sailors (45-00) and Impis (29:00).

In the quarter-finals, Pirates rammed through the Hippos with a 26-7 victory and then Buffaloes (17-00) in the semi-finals.

But in the final, the Pirates struggled to keep up with the Kobs who raced into an early 07-00 lead after Adrian Kasito exploded on the right wing and then Aredo split the sticks.

Isaac Massa scored Pirates’ first try, but captain Ivan Magomu fluffed his conversion with Kobs capitalising to extend their lead by a further seven points with Byron Oketayot’s going over the line and Aredo converting the resultant kick.

At halftime, Kobs held a 14-05 lead, and there was work to do for Magomu and his men. And they had an answer to that, Desire Ayera splitting Kobs’ defensive line for a try with Timothy Kisiga – who was later on sent to the sin bin – converting to cut down their deficit to two points (14-12).

Al Hajji Manano combined with Aredo again to extend Kobs’ advantage to 21-12. Manano scored a try with Aredo scoring from a conversion. Kelvin Balagadde scored a try later on but the Pirates could not produce a late trick for victory.

“We just stuck to our game plan,” Aredo told the Sports Nations briefly after the final. “Am happy that we won. It has not been an easy ride including the semis against Heathens where we had a slow start.”

Kobs take the overall lead in the series, with 22 points for their victory while Pirates take 19 points. Heathens are third on 17 points, with a third position finish ahead of Buffaloes who left with 15 points.

The National series return with an upcountry meet in Gulu on Independence Day (October 9) before continuing with the Soroti Circuit on October 16.