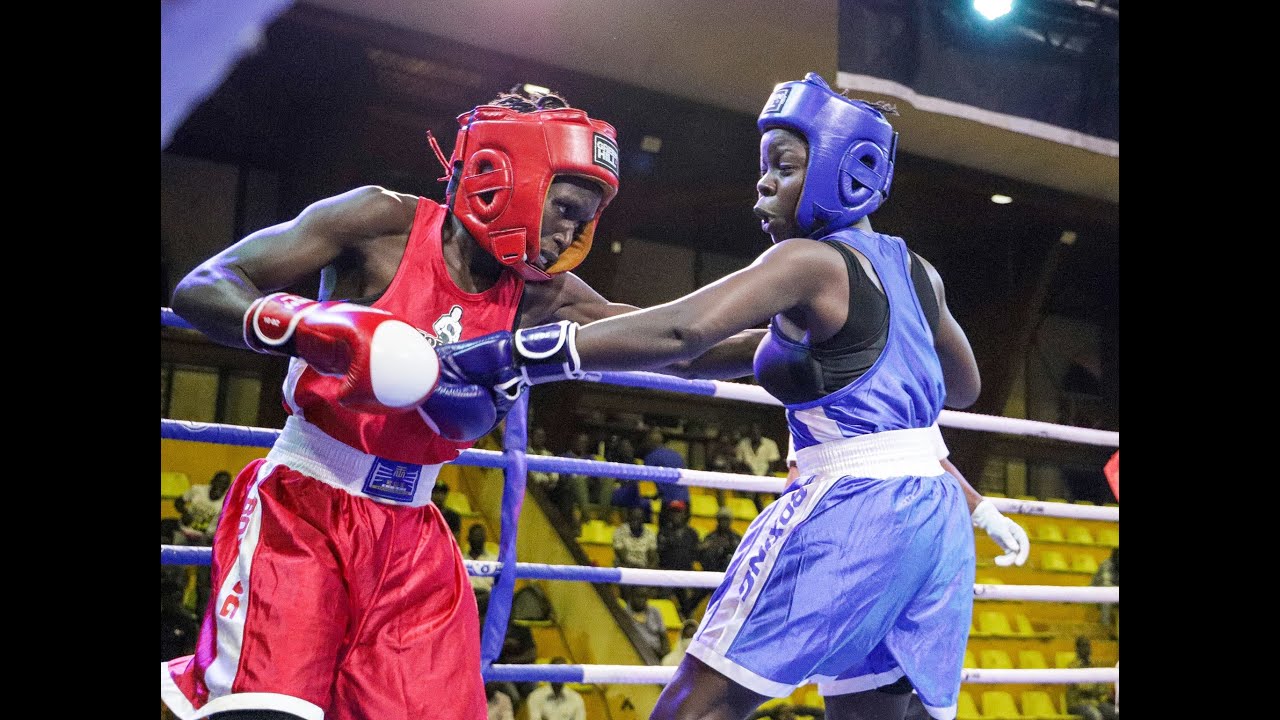 The spotlight will shine firmly on Uganda’s female boxing prospects Nali Jalia and Teddy Nakimuli when the two face off in an elimination bantamweight fight.

The bout will be the headline as the inaugural Uganda Boxing Federation (UBF) Champions League enters its 13th week this Saturday at the Lugogo Indoor Arena in Kampala.

The meeting between Nali and Nakimuli provides added incentive as the two go head to head for a spot on the Uganda Bombers squad that will play at the Commonwealth Games in Birmingham in July.

That builds the anxiety around the fight which stems from their earlier meeting in February which was scored as a draw despite spirited performances from both fighters. 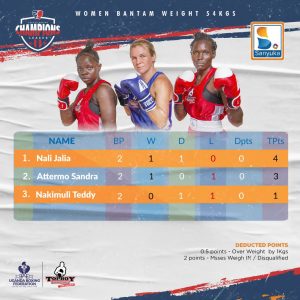 The result did not go well with Nakimuli – an aggressive fighter from the University of Pain boxing club. Nakimuli was more offensive, punched better, and dominated the fight in the second and last rounds.

“It was unfortunate that the judges scored a draw. But now, there are even more reasons to thoroughly beat her,” noted Nakimuli, whose fans will be led by her mother.

“It was unfortunate that the judges scored a draw. But now, there are even more reasons to thoroughly beat her.”

“It is an elimination fight and the winner has a chance to be part of the Bombers team at the Commonwealth games. So, I have one chance – beat her and get to the plane,” she added.

For Nali, the chance is on. The Zebra boxing club fighter spends most of the time on the streets shaping up under the watchful eyes of coach Twaibu Mayanja.

“I raided Kampala from Busia to finish off a mission – which mission is going to Birmingham for Commonwealth and I am very much determined to achieve it,” said Nali.

But she will have to improve on her stamina, endurance, and physical ability after looking fully exhausted in the last round after surviving a knockout scare during their previous fight.

All that spices up a fresh experience for the growing fanbase for the competition as they witness a female bout as the main fight for the first time in the federation’s history.

Prior to their first encounter, Nali had beaten Sandra Attermo who had shocked Nakimuli in their earlier meeting.

Nali leads the weight table with four points from two fights while Attermo and Nakimuli come second and third with three and one point respectively.

Another bout to watch out for is between the experienced John Owino (UPDF) and Richard Kasujja (Lukanga) who are fighting in the light middleweight category.

On the same night, the deaf fighters will also have an exhibition fight during the interval. As usual, the action will be live on Sanyuka TV.