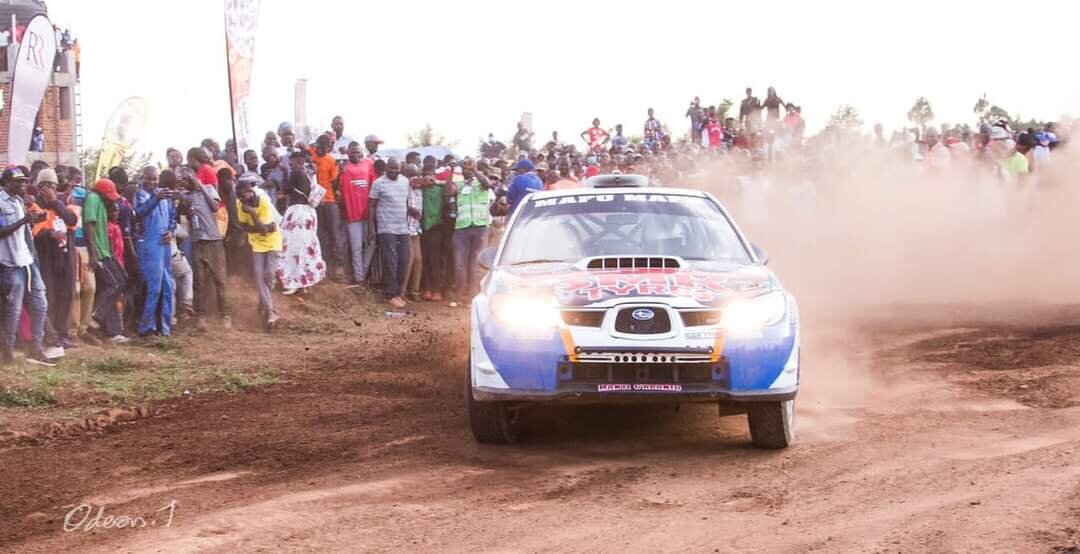 Ponsiano Lwakataka earned his second consecutive victory of the season after winning the EMC Kaliro Sugar Rally after coming from behind on the final section to win an eventful rally.

The two time national rally champion came out on top in a pulsating battle with Hassan Alwi which eventually saw him snatch the win by only 2.5 seconds.

Alwi, winner of the rally the last time it was held in 2020, had a strong weekend finishing second after day one, and then taking the rally lead after Rajiv Ruparelia dropped out early on the second day.

He carried what looked like a comfortable lead of 23.5 seconds going into the third last section of the rally.

Lwakataka drew his best hand by winning that section by 26 seconds and with that taking the rally lead, despite not having the slightest indication that it would prove decisive.

As the two prepared their cars for one last push for victory, drama unfolded as the final two sections were cancelled due to safety concerns from the stewards.

The number of fans on the stages was already a concern, but the stewards were even more concerned about the lack of appropriate evacuation services specifically ambulances in case of any unfortunate incident.

The medical team had been left stretched following an incident involving Rajiv’s VW Polo Proto in the opening section of day two with navigator Enock Olinga suffering injuries from the off-road accident.

Meanwhile, the father-son crew of Arthur Blick and Alestair Blick conquered gear box issues from day one, to nurse their Mitsubishi Evo X into third position.

Local favourite Kepher Walubi had a strong second day, risin from ninth position from day one to finish fourth, but his position had been under threat from a surging Duncan Mubiru ‘Kikankane’ who settled for fifth.

The defending champion was the crowd puller with his newly acquired Ford Fiesta Proto drawing excitement, although fifth place will feel anti-climatic as a roll during the super special stage dealt his aspirations a huge blow.

Oscar Ntambi and Asuman Muhammad were dominant to secure their first victory in the two-wheel drive category and also the Division two class victory.

Micheal Mukula put up a strong and impressive performance to secure victory in the Clubman rally championship – for drivers in their first year of motorsport. The rally also had his father captain Mike Mukula rally as one of the safety cars.

The rally crews now look forward to the Pearl of Africa Uganda Rally which will also be an event on the Africa Rally Championship calendar between May 11-13.

What is a Mail Buy Bride?