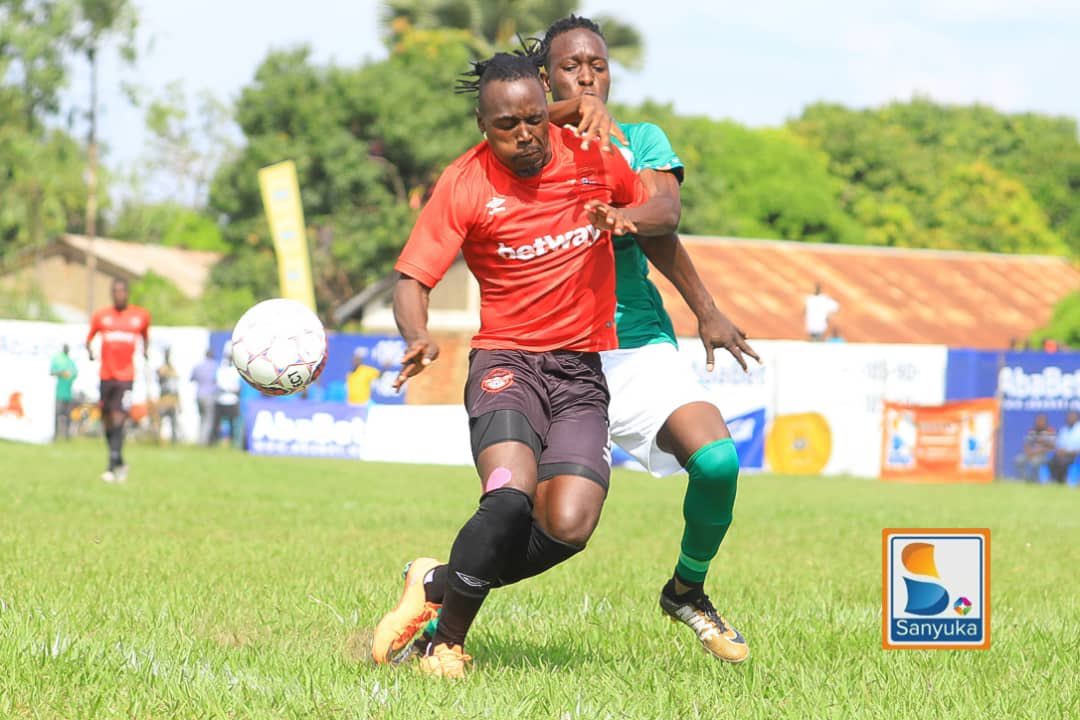 Godfrey Lwesibawa’s scored his first goal of the season to earn champions Express FC a 1-1 draw against Onduparaka FC at the AbaBet Green Light Stadium in Arua.

Onduparaka did start well, and took the lead after only nine minutes, Muhamad Shaban scoring in consecutive games, poking in the goal after goalkeeper Denis Otim spilled Abasi Kateregga shot.

Express were guilty for passive defending in the moment, failing to deal with a cross initially with John Byamukama easily passed by Kateregga before taking on the shot.

The Caterpillars’ lead lasted only 18 minutes before Lwesibawa struck the equaliser, striking a volley below former teammate Mathias Muwanga from Eric Kambale’s knock down.

Kambale then drew a top save from Muwanga after he did well to beat Rashid Yakin on the right wing.

The hosts had a penalty appeal turned down late on in the first half after Otim charged out and took out Baden Mujahid who had already cleared the ball before the goalkeeper’s challenge.

The second half started in a similar vein, Onduparaka showing more of the attacking potency, but the Red Eagles held firm.

With three minutes to play, Enoch Ssebagala who had replaced Byamukama was given his matching orders for a second bookable offence.

Express stretched their unbeaten run to six games as they missed out on the chance of climbing into the top four. They remain sixth on 12 points, while Onduparaka slip into 11th with nine points.

Elsewhere, there was drama as UPDF FC defeated Tooro United 4-2 at the Buhinga Stadium, with both sides receiving two penalties apiece in the first half.

Ivan Ahimbisibwe struck for the visitors first from the spot after 17 minutes, with Hussein Mwanje scoring twice from the spot in the 34th minute and in the first minute of first half stoppage time.

Farouk Yiga extended UPDF’s lead in the 62nd minute before Ambrose Kigozi sealed all three points for the Army side who rise into fourth as Tooro are condemned to their sixth consecutive defeat.

At the Kabaka Kyabaggu Stadium, Wakiso Giants got back to winning ways with a 4-2 victory over Bright Stars.

Edward Satulo returning to the first team after suspension equalised for Wakiso after James Angu had given Bright Stars the lead after two minutes.

Ivan Bogere briefly put Wakiso in the lead, but Nelson Ssenkatuka scored after 35 minutes to level the game going into half time. Derrick Ngoobi scored an unfortunate own goal with Pius Kaggwa securing a fourth victory in their last five games.

Meanwhile, SC Villa suffered a 1-0 defeat at Mbarara City at the Kakyeka Stadium while Police avoided defeat with a second consecutive draw against URA FC in Ndejje.