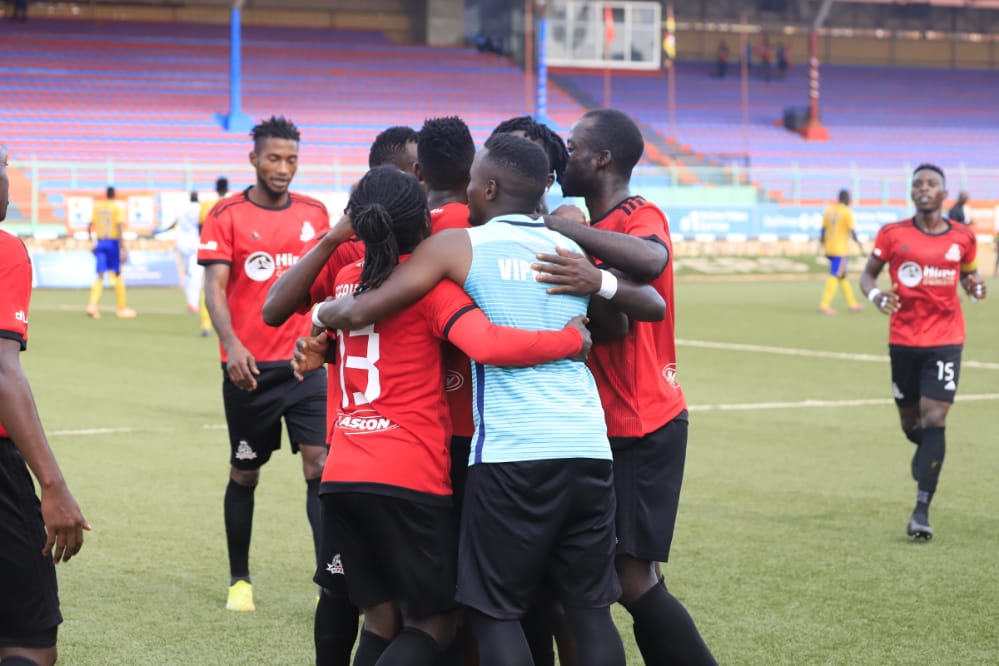 The Venoms celebrating against KCCA in Kitende | Photo: Isano Francis

Vipers SC have ended their first round on a winning note following their 1-0 win against KCCA FC at their home, the St. Mary’s Stadium in Kitende.

It was a tough contest between the two sides, both pushing for an early goal.

Vipers attempted in the 7th minute through Disan Galiwango but shot-stopper Charles Lukwago forced it out.

Cesar Manzoki could have created for Karim Watambala but his effort was cleared.

Peter Magambo’s own goal in the 39th minute was the difference as the Venoms emerged victorious, going to the 2nd position on the log with 33 points.

In Arua, URA FC continued with their fine form, beating Onduparaka FC 3-0 thanks to Cromel Rwothomio and Steven Mukwala’s brace.

Top four in sight for Express

Mutebi set to be appointed AS Kigali coach