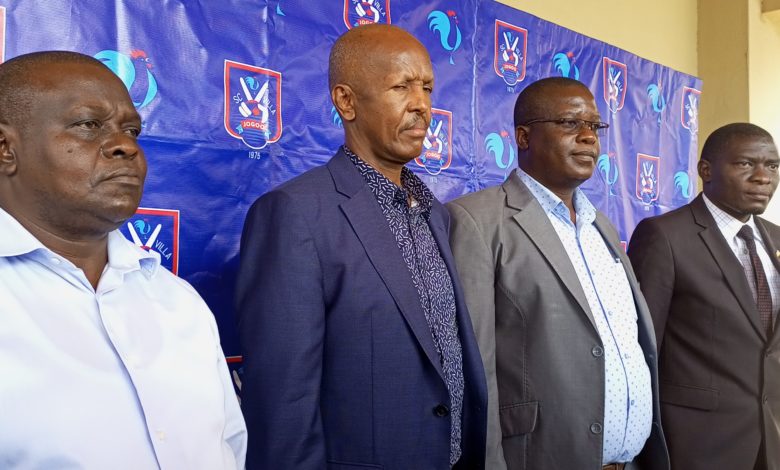 Omar Mandela officially returned to SC Villa, this time as president on Saturday after he was sworn in as the new president following his unopposed victory in the club’s elections.

Mandela’s central pledge was to ensure that Villa returns to where it belongs and that there is undivided focus to the objectives of the club.

Unprecedented euphoria gripped Mandela’s return after a three-year period where the club has continuously fiddled with the self-destruct button, but for William Nkemba’s interim committee serving as a sedative.

The period under the interim committee saw the club achieve commendable sporting success, but it has largely been gloom for the club which has won a record 16 league titles.

It was the second time Villa attempted to go to the polls, with the initial elections organised in August halted hours to the end of the electoral process.

The chaos that ensued tickled Mandela into coming out of his shade to declare that he would take over the club’s leadership.

The business mogul walked out of the club in 2005, following a rift between him and the fans who accused him of backing the breakaway faction from Villa.

Mandela has since silently supported the club, but has never publicly shown support for any of the regimes that came since his ousting; in fact, some leaders have confessed to not seeing eye to eye with him.

But his years in active leadership of the club produced so many proud memories for the Jogoo especially between 1997 and 2004, where they won seven consecutive league titles.

Mandela returns to ‘put the club back to order and return it to its former glory’ after emerging from a topsy turvy period that has seen two election attempts and also threatened the club’s existence once again.

Amid the celebrations for his return together with his star-studded team on Saturday afternoon, Mandela declared with a grin on his face; “We have come here to work.”

“I want to promise you that we have a lot of work to do, and I will give my absolute best to make sure that Villa returns to where it belongs,” he added.

Longer term, Mandela’s task will be to rebuild a club in crisis, with personal rifts running as deep, financially crippled and drowning in debts and its reputation damaged to enormous scales.

He said however that he will do everything possible to ensure that the club regains its former glory and campaigned heavily on the idea that he was the best candidate to convince and unite all divided factions.

At the fore front of the club’s new dawn are individuals like Daniel Bakaki the senior vice president, Muhamad Bazirengedde as Vice president in charge of administration.

Salim Ssemmanda will be the vice president in technical while former Villa president Immanuel Ben Misagga will serve as vice president mobilisation of fans. The secretary to the executive is Lt. Col. Kassim Nziraguhunga.

The change of regime also brings further questions on what happens to the current project under Petros Koukouras, but the initial indicators point towards respect towards the Greek for his work but his future will depend on results.

Mandela’s reign starts with the visit of arch rivals Express FC at the FUFA Technical Centre in Njeru on Saturday, November 20.