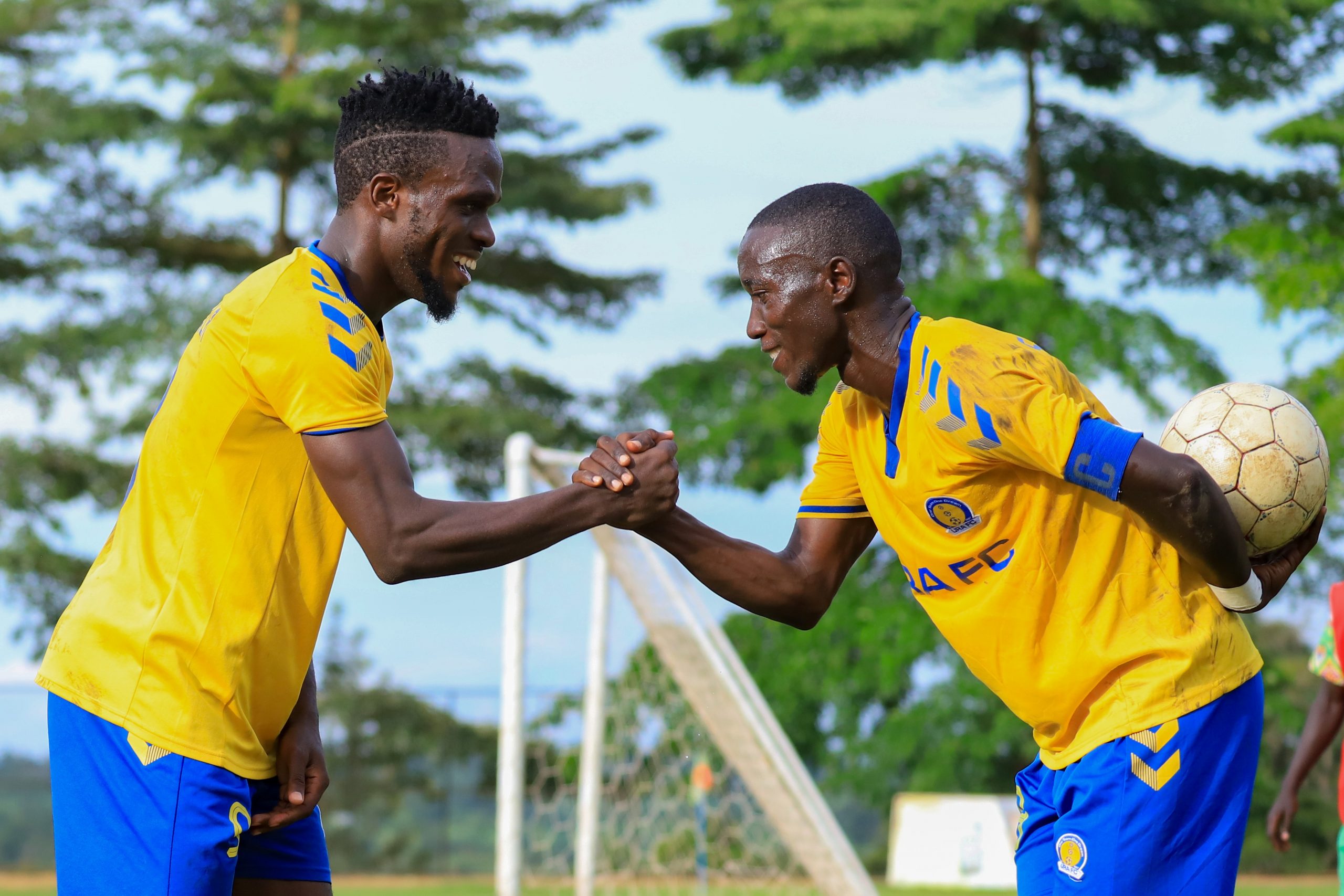 URA FC head coach Simeon Masaba hailed the attacking threat posed by his team and the number of goalscoring options within the squad, saying he does not expect the team to be over reliant on Steven Mukwala.

Mukwala ran the show with four goals as the Tax Collectors romped to a 6-1 victory over Tooro United at the Arena of Visions in Ndejje. Cromwell Rwothomio and Joachim Ojera were also on the score sheet.

Mukwala was URA’s top scorer with 14 goals, five more than the next highest scorer Shafic Kagimu, and was crucial again as his first hat-trick this season led URA to their second victory of the season.

“The performance was good,” Masaba said after the game. We continue to show that we can score the goals, but now we must work on what we do when in possession.”

“We had three scorers today. Rwothomio and Ojera who getting on the scoresheet must have felt even sweeter, and that means we have forwards who can chip in and lift the burden a bit on Mukwala,” he added.

URA showed attacking intent from the start, always looking to play the ball forward and make incisive runs in behind, and were rewarded with four goals in the first half.

But it was not smooth sailing for them as Tooro who were there for the taking created several breakthroughs and managed to pull a goal back nine minutes into the second half.

While the former URA defender was pleased to see his side lay down a marker, the lack of concentration and rhythm on the ball was a worry for Masaba.

“We still struggled in certain arears especially with our rhythm while in possession. And I am not entirely happy with the fact that we have conceded again.”

“If we had scored fewer goals by the time, we conceded that goal then we could have been in a tougher situation like we have had in the last two games (where URA dropped two goal leads),” he explained.

URA who had collected four points from their opening three games can now look forward to even getting better and mounting a challenge on the front runners KCCA and Vipers – who have played two games more.

And they have a chance of pulling even closer when they visit Vipers SC at the St. Mary’s Stadium in Kitende on Saturday (the game will be live on Sanyuka TV; kick off at 3:00 PM, EAT)

“This performance is a great motivation for us heading into the next game against Vipers,” Masaba declared.

“Travelling to Kitende is always tough, but if you arrive after such a win, it gives you that good feeling and confidence to fight for the results.”