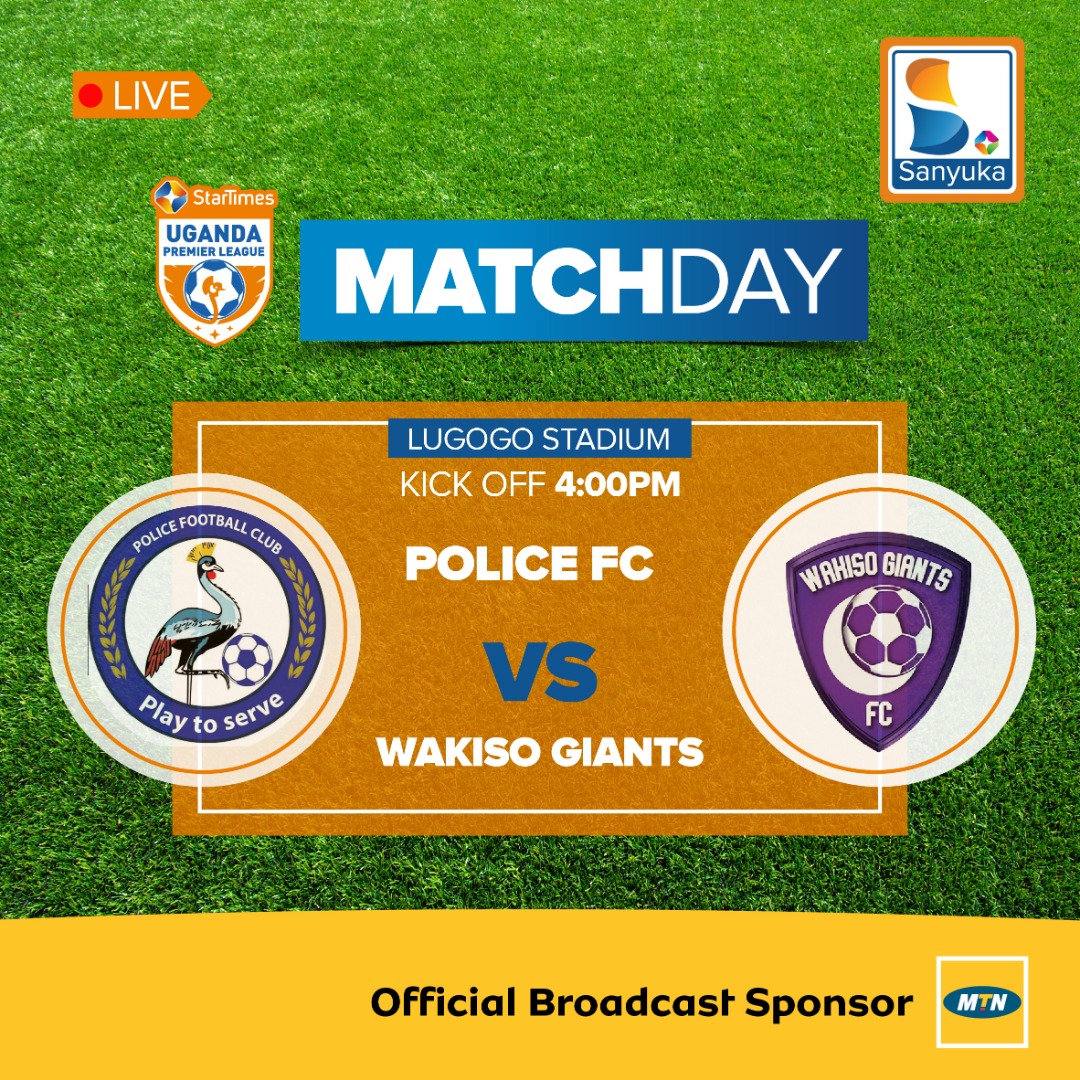 After months of a forced lull, football returns to Kampala today as Police FC take on Wakiso Giants in the only StarTimes Uganda Premier League match to be broadcast live on Sanyuka TV.

The excitement might not be as preferred since no fans will be allowed into the MTN Omondi Stadium, but the assurance of getting every ounce of the action live on Sanyuka TV will settle the hearts of many football fans.

Coached by national team assistant Abdallah Mubiru, the Cops play arguably the most entertaining brand of football in the local top division but have still failed to show something for it with their results.

Last season, they were three points off the drop zone by the time the season was stopped by the Federation.

If their pre-season signings are anything to go by, Police FC will be one of the tougher teams this season.

The return of their former midfielder Tonny Mawejje who was quickly handed the captain’s armband will bring the much-needed experience into this squad.

They come into this game with the confidence from the successful double they did on the Purple Sharks as they beat them 2-1 home and away last season.

The worry though is that two of their players failed the mandatory COVID-19 tests ahead of today’s game.

Wakiso Giants on the side will be starting life with a new gaffer.

Former Express FC, SC Villa, and Maroons boss Douglas Bamweyana will be handling his first game in charge of the Wakiso-based side.

Seven of his players have been tested positive for the virus before the game.

In his pre-match press conference on Thursday, Bamweyana expressed his confidence in the players and the team he has built.

In fact, he says he hopes to gate-crash the top five.

The game will be live exclusive to Sanyuka TV with a one-hour studio build-up before the 4:00 pm kickoff.

The league’s official Broadcast sponsor StarTimes has launched a special bouquet, the SUPL Bouquet where the fans will just download the StarTimes ON App from play or Apple stores to enjoy the bouquet any time anywhere.

StarTimes UPL Clubs resume training ahead of the second round