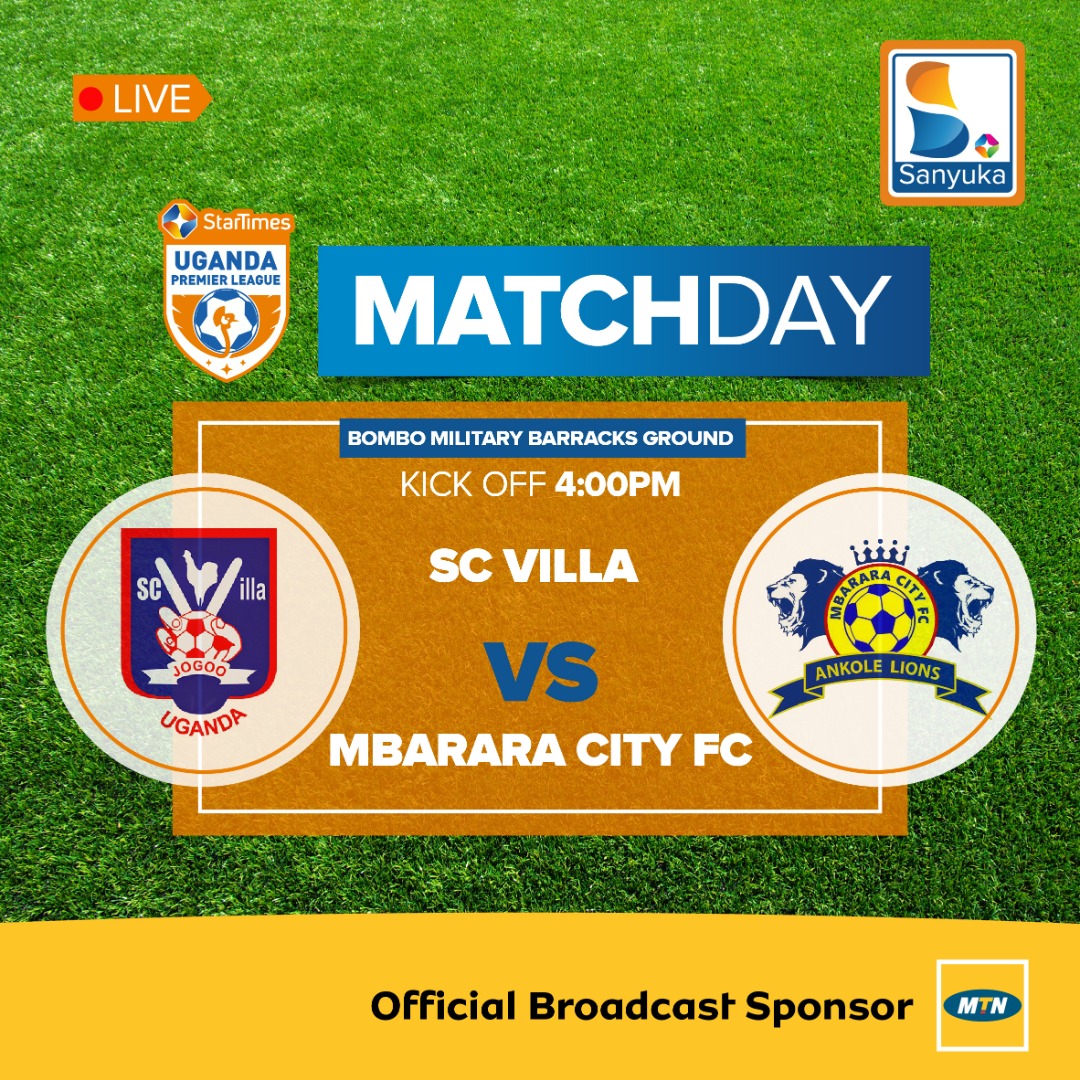 The two sides will both be seeking their first victory of the season following draws to Bul FC and URA FC, respectively, on the first matchday.

Villa’s head coach Edward Kaziba reports no injury concerns ahead of the clash though they are missing four unnamed players who are in self-isolation after positive COVID-19 tests before the opener.

The Jogoos will also be without Benson Muhindo, who was given marching orders in the 2-all draw against BUL FC.
The same fixture last season ended 3-1 to Villa, but coach Kaziba chooses to put past victories behind him and leave nothing to chance going into today’s game.

“It’s true we beat Mbarara city 3-1 but a lot has changed since. Two of the players, Ambrose Kirya and Emmanuel Kalyowa, who scored in the match are no longer with us. Only David Owori is left. Even on the side of our opponents, Brian Aheebwa, who scored their only goal is not with them. It means that this is totally a different match and we shall employ different tactics,” Edward Kaziba told this website.

Kaziba also added that they have improved on the defensive errors that denied them victory over Bul FC and he hopes for improved game management.

Meanwhile, the Ankole Lions will miss their head coach Brian Ssenyondo, who traveled with the National Under 17 team, the Cubs for the CECAFA tournament, and the responsibility was left for his assistant Ronnie Kiseka.

Like the hosts, the visitors have no injury concerns but shall miss out on their midfielder Swalik Sseguja who tested positive for COVID 19, and South Sudanese international Makweth Wol, who is yet to have his playing license issued.

On a positive note for them, the team shall welcome back two players, Magandazi Ibrahim and Onyai Reymond, who missed out in the 1-all draw with URA FC due to delayed license and Under 20 national team duty respectively.

The game will be live on Sanyuka TV with kick-off at 4:00 pm but a one-hour studio build-up will precede the action.