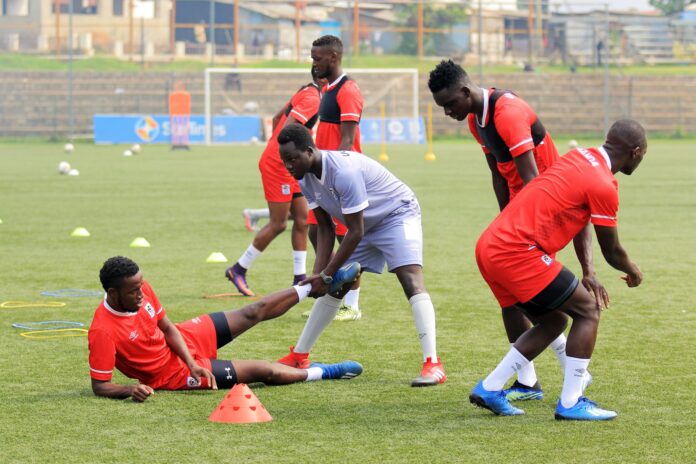 Milutin ‘Micho’ Sredojevic has finalised his Uganda Cranes squad for a scheduled tour of Europe and Asia this month.

The Cranes coach had initially named a provisional squad for friendless against Gabon and Mauritania in Dubai, but they were called after the United Arab Emirates cancelled all flights from Uganda owing to a coronavirus surge.

The aborted trip was then replaced by the tour that will see the national team play friendlies in Turkey, Iraq and Bahrain.

Uganda will play five international build up matches against Iceland, Botoșani and Moldova in Turkey. Two other build ups will be held in Asia; against Iraq in Baghdad and Bahrain in Bahrain city.

For the tour, up to 44 players have been called upon and these will include two foreign based goalkeepers Charles Lukwago and Ismail Watenga.

The team also includes majority of the players that were part of the 21-man squad most notably striker Muhammed Shaban who has rediscovered his form with boyhood club Onduparaka FC.

The striker has scored six goals in his previous seven appearances also netting in his last four games successively.

AFCON 2021: All the confirmed squads for  the tournament

The 23-year-old last featured for the Cranes at the 2021 African Nations Championships, coming on as a substitute for the final 36 minutes of Uganda’s 5-2 defeat to Morocco.

At CHAN, he also played the entire 90 minutes in a 2-1 defeat to Togo, but limited playing time at club level had ruled him out of subsequent games including all six 2022 FIFA World Cup qualifiers under Micho.

Former KCCA FC striker Patrick Kaddu has also been recalled despite being without a club, and there is also a return for Police FC left back Eric Ssenjobe who was part of the team at CHAN 2021.

Komakech’s former U20 teammates like Aziz Kayondo, Gavin Kizito, Kenneth Ssemakula and Bobosi Byaruhanga have also been included on the team.

The team is expected to convene for camp on January 9 and will undertake a training session in the afternoon before they depart for Turkey on January 10.

The Cranes will play their first match of the tour against Iceland on January 12, in Turkey. The second match will be played on January 15, against Romania club Botoșani FC.

Their third challenge will come on January 18 against Moldova after which they will shift base to Asia, playing against Iraq on January 21 in Baghdad City and wind up the tour with a friendly against Bahrain on January 27 in Bahrain City.