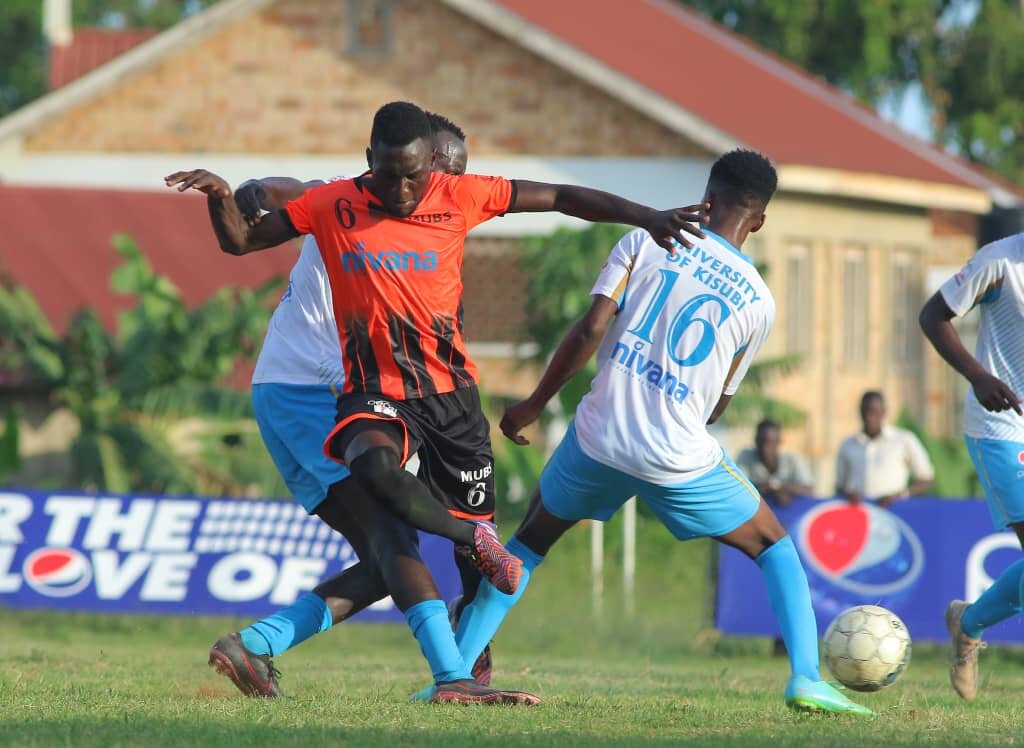 Two-time champions Makerere University Business School (MUBS) put up a commanding performance on Wednesday in the Pepsi University Football League as they comfortably won 2-0 away against University of Kisubi.

MUBS dominated play for most of the game with Magumba Stuart giving them the lead after just 6″ and Ssengendo Sharif doubling it in the 43″.

The second half saw more of the same action but MUBS failed to convert many opportunities.

The 2 sides last met in the cancelled 2020 season with Nkumba winning that encounter 4-0 at home.