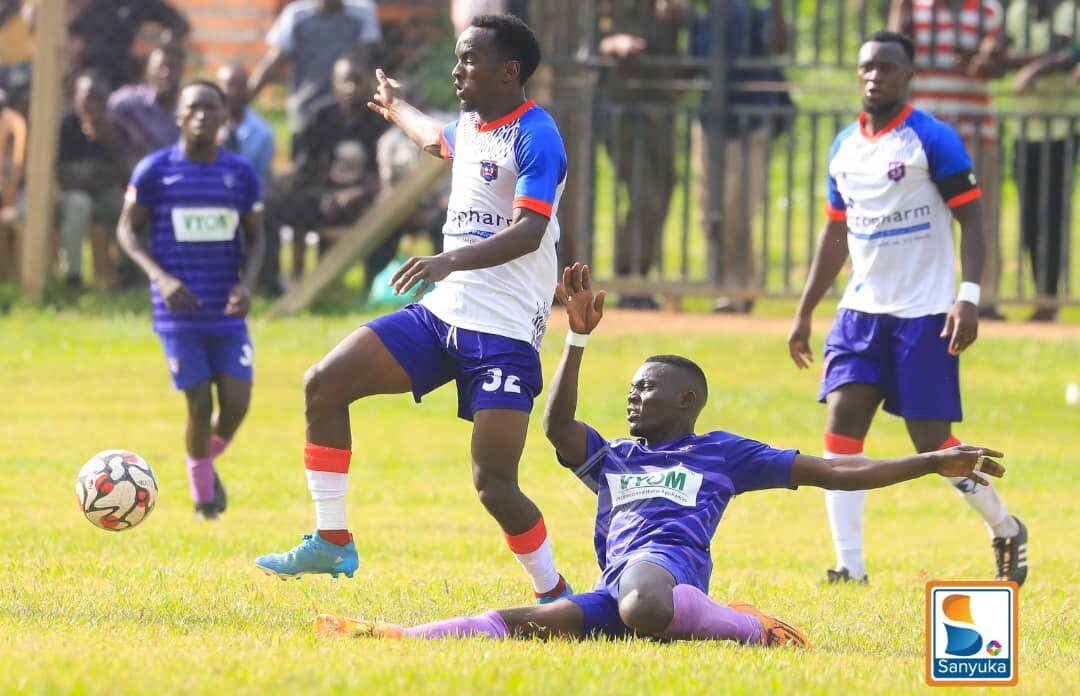 Benson Muhindo struck from the penalty spot as SC Villa battled to a 2-1 victory over hosts Wakiso Giants in an edge of the seat encounter at the Kabaka Kyabaggu Stadium on Wednesday.

The Jogoo started brightly and nearly went ahead after three minutes, but Saddam Masereka put his shot into the side netting after he rushed onto a lose ball.

The visitors then struck the first blow on eight minutes, defender Gift Fred rising high to head his first ever league goal.

Wakiso then established a period of dominance, and would draw level on 31 minutes, with Moses Aliro benefitting from horrendous goalkeeper from Martin Ssenkooto who spilled a routine catch, allowing the winger to prod home.

If the end to end stuff from the first half had you glued, then the second half would produce box office stuff.

First, Simon Namwanja was sent off for a second bookable offence for a tag on Davis Ssekajja which led to a penalty for the visitors.

Muhindo buried the penalty to restore Villa’s lead, but shortly after, the game was turned on its head. Petros Koukouras and Wakiso coach Alex Gitta went against each other in a complete show of emotions.

The emotions would spill over to the crowds who pelted bottles towards each other especially after Koukouras was sent off for his conduct and remonstrated against the security stewards who escorted him off the pitch.

The heat from the stands and the tension on the pitch provide a model environment for the final half-four of the game as both teams went for the kill.

The Purple Sharks threw the kitchen sink at their visitors who repelled any challenge thrown against them, with Koukoras only watching that unfold on top of a chair at the entrance to the dressing rooms.

Wakiso had several near misses, but it is Villa that threatened more especially on the counter attack with Muhindo foiled by sinister fouls while Ssekajja shot straight at Emukule when one on one with the keeper.

The victory, Villa’s only sixth win of the season boosts their hopes of StarTimes Uganda Premier League as they climb into 10th position on 25 points, five points above the relegation places.

Elsewhere, Busoga United continued their survival hunt with a 1-0 victory through Anwar Ntege over Tooro United at the Kakindu Stadium in Jinja.

Meanwhile, URA FC and Arua Hill played out a goalless draw at the Arena of Visions in Ndejje.