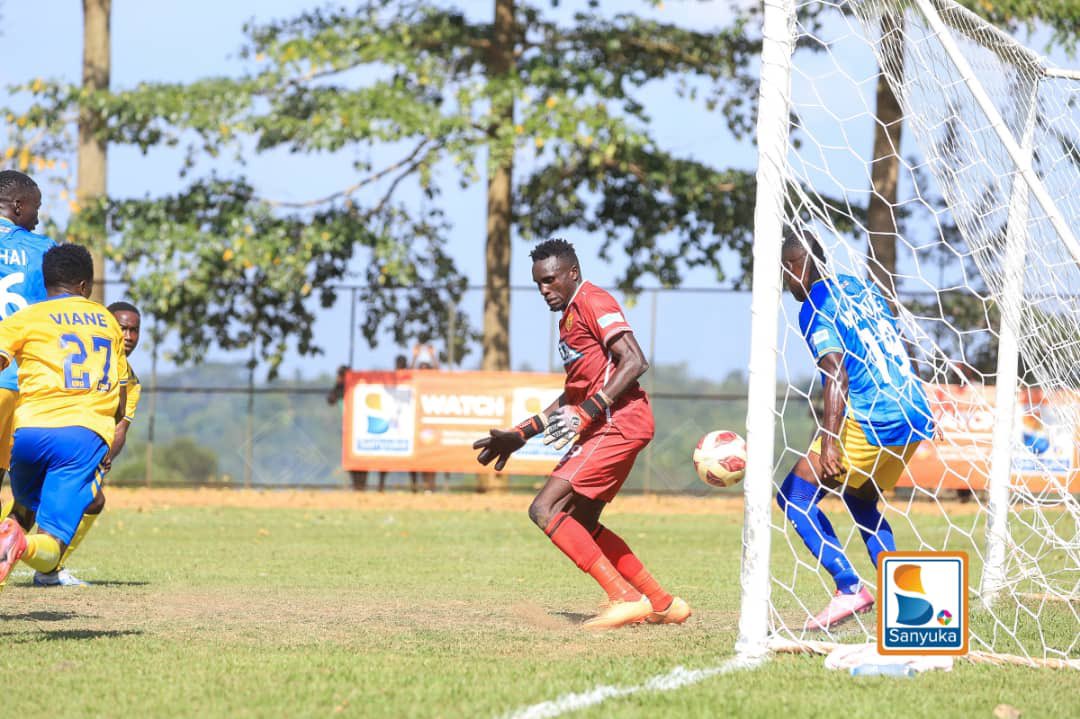 KCCA’s proud and long unbeaten run is over after a disappointing 1-0 defeat to URA FC at the Arena of Visions in Ndejje.

The Kasasiro Boys had been on a run of 14 games unbeaten, the club’s longest such run at the start of the season, but were caught cold after conceding a poor goal from Steven Mukwala in the first half.

Morley Byekwaso’s side had not beaten the Tax Collectors in their previous three games, and sought to change that statistic with a bright start to the game.

Davis Kasirye had the first sniff at goal for the Kasasiro Boys after 17 minutes, but his firm header off Brian Majwega’s cross was inches wide of the target.

Shortly after, the visitors had the ball in the back of the net, Sadat Anaku with a rebound at the far post after Majwega and Kasirye had once again combined, but the goal was controversially ruled off for offside.

KCCA had the ball in the net for the second time in the opening half hour, but this time it was rightly ruled for offside with Anaku – in an offside position – making an attempt to head in Rogers Mato’s effort.

URA were rarely allowed to find any bit of fluency, but they went ahead in the 36th minute, Mukwala stealing the run-on defender Denis Iguma and planted a header straight to Derrick Ochan, but the goalkeeper fluffed a routine catch with the ball ending up in the back of the net.

The hosts were expected to find another gear after taking the lead, but it was KCCA who continue to stay on top of the game.

Arafat Usama had two quick chances to draw his side level, but placed on of his effort inches wide while the other drew a top save from Alionzi Nafian as URA were caught napping at the back.

Second half substitute Gift Ali rattled the crossbar with eight minutes to go. But Sam Timbe’s men managed to stifle out any further KCCA attacks and hand KCCA an unwanted record of losing four matches in succession to a particular opponent.

Meanwhile, in a title race that seems to be a tip-toe battle between KCCA and Vipers, the latter failed to capitalise on their rival’s mishap as they played out a 1-1 home draw against BUL Bidco FC.

BUL had a poor start when defender Walter Ochora turned Milton Karisa’s cross beyond the goalkeeper into his own net, but Simon Peter Oketch stole a point for his side in the third minute of added time.

Onduparaka made short work of bottom side Tooro United with a 4-2 victory at the AbaBet Green Light Stadium, while SC Villa and UPDF played out a goalless draw.