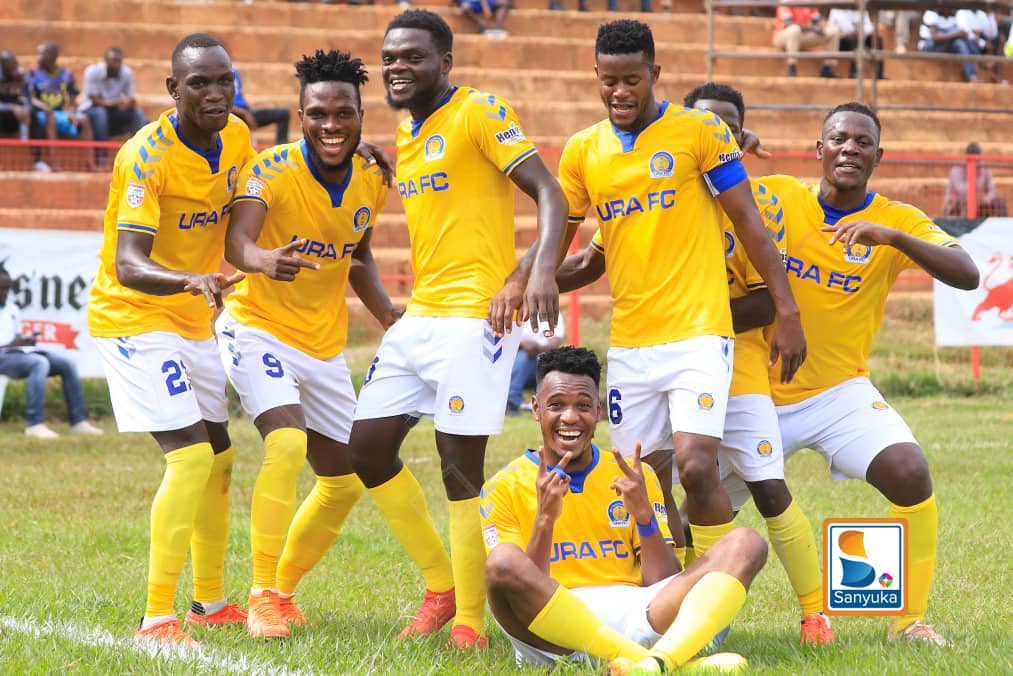 Steven Mukwala took his tally of goals scored this week to four goals as he bagged a brace in URA FC’s 3-1 victory against Busoga United, climbing to third.

Busoga United played their first game at Kakindu Stadium after the grounds were suspended due to lack of several licensing requirements including a lack of perimeter fence.

But when the stadium was opened to fans for the first time in over three years, it was a vibrant look, with scores taking their seats on the revamped stands at least an hour before kick-off in huge anticipation.

That anticipation and vibe created by the return to the stadium as well as home fans for the first time since March 2020, saw the hosts have a solid start to the game.

Isaac Wagoina’s shot from range drew a fine stop from goalkeeper Alionzi Nafian on six minutes, while captain Anthony Mayanja was denied from close range after a sweeping team move from right to left.

Those misses proved costly later on as Mukwala headed home Arafat Galiwango’s cross for his 10th goal of the season after 29 minutes, although replays later showed that the striker was standing in an offside position.

The Tax Collectors doubled their advantage on 41 minutes when Ibrahim Dada danced his way past his marker and his cross met Mukwala who was left unmarked at the far post, once again Busoga’s defending leaving a lot to be desired.

Busoga searched for a way back and were handed a life line early in the second half after Arafat Galiwango fouled Anwar Ntege inside the area. The striker picked himself up and buried the resultant penalty, sending Nafian the wrong way.

But Busoga were unable to close the gap further. They were lucky not to concede a third, with Vianney Ssekajugo’s volley from just outside the area bouncing off the crossbar.

URA scored a third in the 77th minute, substitute Ivan Sserubiri curling a free kick into the top corner for his first goal of the season as he returned to the side for the first time since the end of December.

The Tax Collectors have now moved to third position on 28 points, leaving them five points behind leaders Vipers SC. Busoga United remain second from bottom on 11 points, three points away from safety.

Busoga return to action at Kakindu on Tuesday against 12th placed Mbarara City, while URA FC will seek to close the gap on Vipers further and also go second when they visit KCCA at the MTN Omondi Stadium in Lugogo.