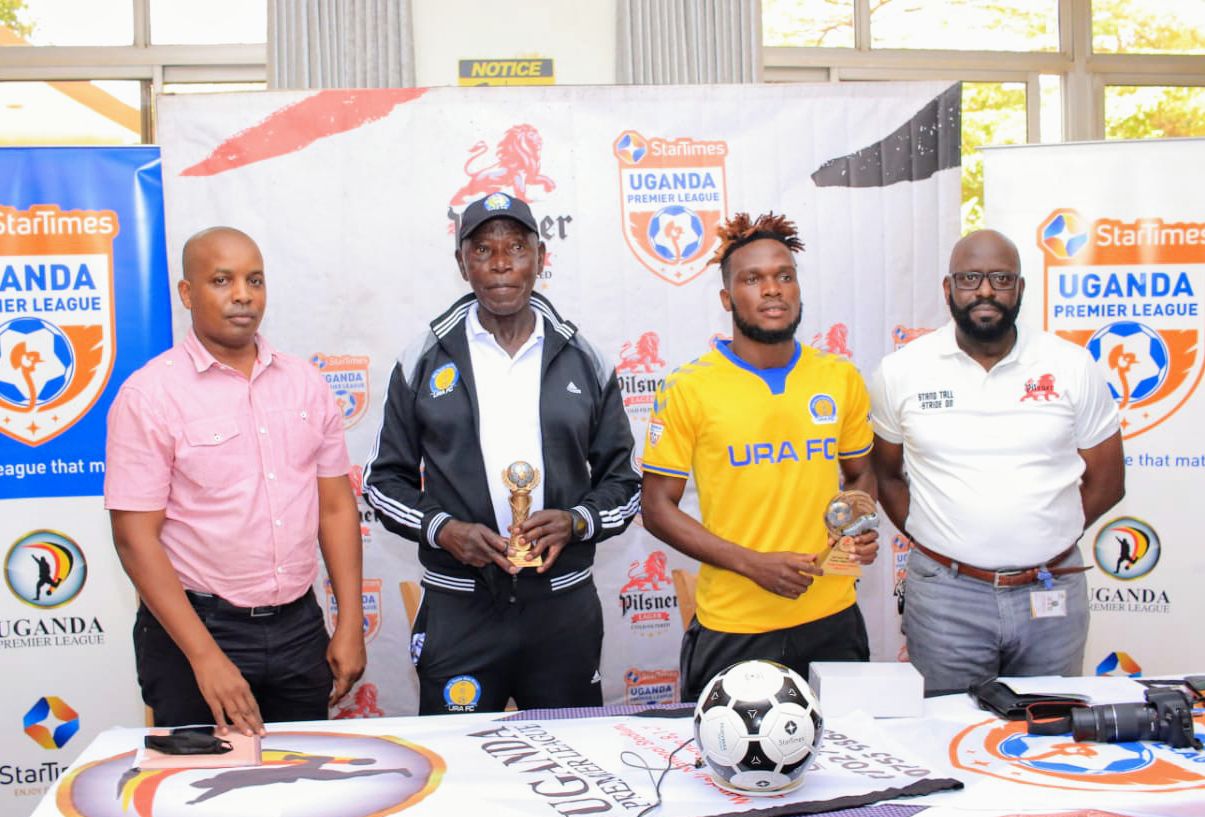 After being named the February Pilsner coach and player of the month respectively on Monday, URA FC’s Sam Timbe and Steven Mukwala have expressed desire for bigger triumphs this 2021/22 season.

The duo that earns Shs one million and a plaque each from Pilsner Lager – the UPL official beer partner – had impressive league performances in the month of February and partly January.

Away from eyeing the top scorer’s gong, Mukwala wants to beat his personal best scoring return.

“I always set myself a target of scoring more goals than the previous season,” noted Mukwala who was the league’s top scorer and second scorer with 13 and 14 goals for the 2019/20 and 2020/21 seasons respectively.

Mukwala, who becomes the first player to scoop the monthly gong twice this season after his first in November, scored six goals in four games, had one assist.

He was also voted as man of the match twice to earn himself the player of the month award beating team mate Vianney Ssekajugo (five goals, one assist and man of the match) and Vipers SC striker Ceasor Manzoki (three goals and two assists).

Timbe who still believes that his side is big in the title talk, helped URA win five of the seven games played to accumulate 21 points in seven games in the period to help the Tax Collectors maintain third place, eight points below leaders Vipers SC.

“I am glad to be named the best of all other 15 coaches in the league. I just returned in the league and I am very happy to have won this,” he said.

“I am proud of my players and I believe they can help the team win the league title this season.”

“These awards are not for us as individuals but the whole team. We are much more motivated ahead of our home tie against Onduparaka tomorrow,” he added.

Meanwhile, Paul Kabairakamu, the UPL manager explained that two games from January were added to the February fixtures as well as the rescheduled games on which they based to select the best based on statistics.

URA FC returns to league action against Onduparaka at the Arena of Visions this Tuesday as Gaddafi also welcomes Express FC in the early kickoff with both games coming live on Sanyuka TV.

How to get Beautiful Western european Women — Tips For Men